The position of the end of the wrist, p, defined in the world coordinate system for the robot, is given by

Given the specification of point P (x,y,z) and pitch angle Ψ, we can find any 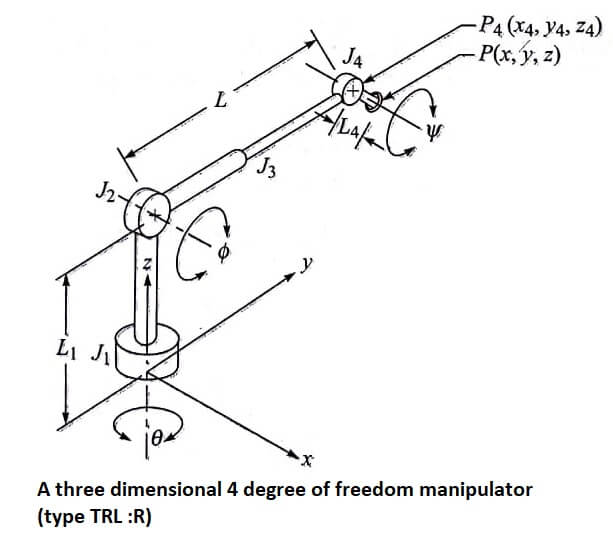 of the joint positions relative to the world coordinate (x4,y4,z4), which is the position of joint 4, as an example,

The values of L, Φ, and θ can next be computed:

The example we have just done is simple but not unrealistic. In order for a robot controller to be able to perform the calculations necessary quickly enough to maintain good performance they must be kept as simple as possible.

The manipulator kinematics described in this example are very similar to those of the MAKER robot, by U.S. Robots. The only real difference is that the MAKER’s wrist mechanism has more than a single joint.

One facet of our approach in the preceding analysis which should be noted by the reader is that we separated the orientation problem from the positioning problem.

This approach of separating the two problems greatly simplifies the task of arriving at a solution. 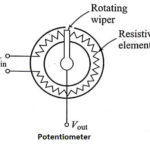 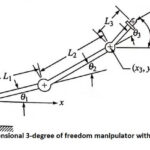 A 3-Degree of Freedom Arm in Two Dimensions