An internet is made of a combination of physical networks connected together by internetworking devices such as routers. A packet starting from a source host may pass through several different physical networks before finally reaching the destination host.

This means that delivery of a packet to a host or a router requires two levels of addressing: logical and physical. We need to be able to map a logical address to its corresponding physical address and vice versa. These can be done using either static or dynamic mapping.

Static mapping means creating a table that associates a logical address with a physical address. This table is stored in each machine on the network. Each machine that knows, for example, the IP address of another machine but not its physical address can look it up in the table.

This has some limitations because physical addresses may change in the following ways:

To implement these changes, a static mapping table must be updated periodically. This overhead could affect network performance. 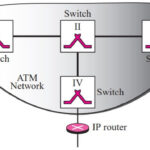 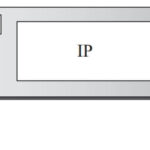