The ordinary or commercial efficiency of a transformer is defined as the ratio of output power to the input power.

There are certain types of transformers whose performance can not be judged by this efficiency. For instance, distribution transformers, used for supplying lighting loads, have their primaries energized during all the 24 hours in a day whether the secondary supplies little or no load during the major portion of the day. It means that constant loss occurs during the whole day but copper loss occurs only when the transformer is loaded and would depend upon the magnitude of load.

Consequently, the copper loss varies considerably during the day and the commercial efficiency of such transformers will vary from a low value (or even zero) to a high value when the load is high. The performance of such transformers is judged on the basis of energy consumption during the whole day (24 hours). This is known as all-day or energy efficiency. The ratio of output in kwh to input in kwh of a transformer over a 24 hour period is known as all-day efficiency.

All day efficiency is of special importance for those transformers whose primaries are never open-circuited but the secondaries carry little or no load much of the time during the day. In the design of such transformers, efforts should be made to reduce the iron losses which continuously occur during the whole day. 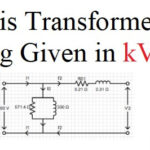 Why is Transformer Rating Given in kVA? 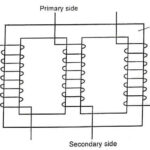