Design is a meaningful activity needed to develop a quality product. Software Design is the only way by which we can accurately translate the customer’s requirements into a finished software product or system. Thus design serves as the basis for all the software engineering steps. In this chapter we will get introduced with the systematic approach to design process. We will discuss architectural design, user interface design and real time software design.

Design allows a software engineer to create a model of the system or product that is to be built. This model is useful to access quality improvements. The accessment of quality can be done before code generation. A large number of users can be involved in development process if design model is prepared. In short, design is a place where software quality can be assured.

A Design Process and Design Quality

Davis suggested a set of principles for software design as :

The goal of any software design is to produce high quality software. In order to evaluate quality of software there should be some predefined rules or criteria that need to be used to assess the software product. Such criteria serve as characteristics for good design. The quality guidelines are as follows –

In data abstraction the collection of data objects is represented. For example, for the procedure search the data abstraction will be Record. The record consists of various attributes such as Record ID, name, address and designation.

The overall complexity of two problems when they are combined is greater than the sum of complexity of the problems when considered individually. This leads to divide and conquer strategy (according to divide and conquer strategy the problem is divided into smaller subproblems and then the solution to these subproblems is obtained) . Thus dividing the software problem into manageable number of pieces leads to the concept o modularity. It is possible to conclude that if we subdivide the software indefinitely the effort required to develop each software component will become very small. But a conclusion is invalid because the total number of modules get increased the effort required for developing each module also gets increased. That means the cost associated with each effort gets increased. The effort (cost) required for integration these modules

Modular design reduces complexity and helps in easier implementation The parallel development of different parts of the system is possible due to modular design.

What is the benefit of modular design?

Changes made during testing and maintenance becomes manageable and they do not affect other modules.

The functional independence can be achieved by developing the functional modules with single-minded approach.

Different types of cohesion are :

Various types of coupling are :

In architectural design logical system components and communication between them are identified.

The common activities in design process are

– The system is subdivided into principle subsystems

Each model represents different perspective on the architecture for instance :
1. Structural model-Represents architecture as an organized collection of components.

While designing the user interface the capability, need and experience of system or should be considered. The designer should take into account the people’s physical and mental limitations. For instance a short memory or in game playing software a child can recognize pictures rather than text. He should also be aware of the fact that people make mistakes and the interface should tolerate these mistakes in a friendly manner. Following design principles are used.

Let us discuss each rule in detail –

Place the User in Control

While analyzing any requirement during requirement analysis the user often demands for the system which will satisfy user requirements and help him to get the things done. That means the user always wants to control the computerized system.

If an application come in a packaged manner then every product of that application family should possess the consistent user interface. For example
Microsoft Office family has several application products such as MS WORD, MS Power Point, MS Access and so on. The interface of each of these product is consistent (of course with necessary changes according to its working!). That means there is a title bar, menu bar having menus such as File, Edit, View. Insert, Format, Tools, Table, Window, Help on every interface. Then tool bars and then design layouts are placed on the interface.

User interface analysis and design can be done with the help of following steps.

These steps can be broadly categorized in two classes.

After creation of first prototype it is evaluated by the user. The evaluation made by the user is then submitted to the designer who then makes necessary changes in the interface and builds the next prototype. This process is repeatedly performed until the user gets satisfied completely and no further modifications are necessary in the interface. Thus prototype approach proves to be effective for design evaluation.

Real time system is a software system in which the correct functionalities of the system are dependant upon results produced by the system and the time at which these results are produced.

A soft real time systems are those systems in which the operations are degraded if results are not produced in specified timing requirements.

A hard real time systems are those systems in which operations are incorrect if the results are not generated in specified timing requirements. 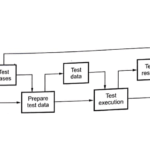 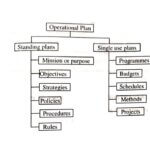 What is Management Planning | Principles of Management