C++ offers several ways to shorten and clarify your code. One of these is the arithmetic assignment operators. This operator helps to give C++ listings their distinctive appearance. The following kind of statement is common in most languages.

In this situation you add something to an existing value (or you perform some other arithmetic operation on it). But the syntax of this statement offends those for whom brevity is important, because the name total appears twice. So C++ offers a condensed approach: the arithmetic assignment operator, which combines an arithmetic operator and an assignment operator and eliminates the repeated operand. Here’s a statement that has exactly the same effect as the preceding one.

You don’t need to use arithmetic assignment operators in your code, but they are a common feature of the language; they’ll appear in numerous examples in this book. 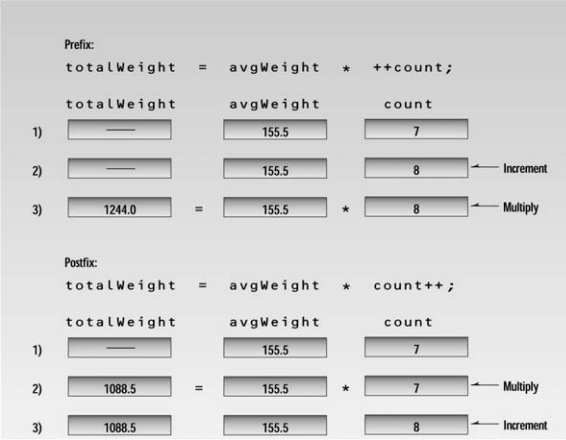 Here’s an example that shows both the prefix and postfix versions of the increment operator:

The first time count is incremented, the prefix ++ operator is used. This causes the increment to happen at the beginning of the statement evaluation, before the output operation has been carried out. When the value of the expression ++count is displayed, it has already been incremented, and << sees the value 11. The second time count is incremented, the postfix ++ operator is used. When the expression count++ is displayed, it retains its unincremented value of 11.

Following the completion of this statement, the increment takes effect, so that in the last statement of the program we see that count has acquired the value 12. 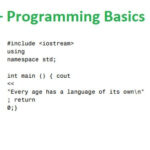 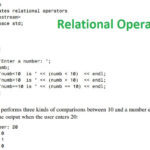