But people do. The result is that, when we observe people, we attempt to develop explanations of why they behave in certain ways. Our perception and judgment of a person’s action therefore will be significantly influenced by the assumption we make about that person’s internal state.

Attribution theory has been proposed to develop an explanation of the Law in
which we judge people differently depending on the meaning attributed to a given behaviour.

This determination depends on three factors:

Basically, the theory suggests that, when we observe an individual’s behaviour, we attempt to determine whether it was internally and externally caused. Externally caused behaviours are seen as resulting from outside causes. That is the person is seen as having been forced into the behaviour by the situation.

If one of our employee is late for work, you might attribute his lateness to his partying into the wee hours of the morning and then over sleeping. This would be an internal attribution. But attributing arriving late to a major automobile accident that tied up traffic on the road that this employee regularly uses, then you would be making an external attribution.

The key elements in the attribution theory can he illustrated with the help of following diagram. 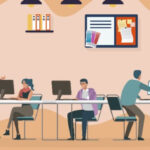 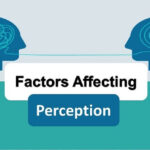