Fig shows the block diagram of satellite communication system. The satellite consists of transmitters as well as receivers. They are also called as transponders. 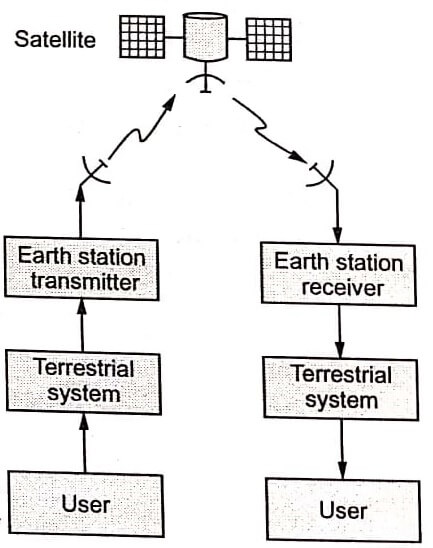 The terrestrial communication system transmits or receives signals to users. It acts as a link between users and satellite earth stations.

The 500MHz bandwidth is divided into 12 channels of approximately 40MHz each. And every channel transmits 5 – 10 W power.

The 12 channels use 12 transponders on the satellite. They can carry upto 1500 analog voice signals. 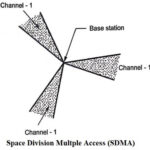 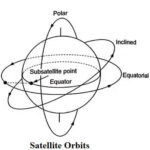