After this, this high temperature helium gas is expanded in the turbine to produce electricity in the generator. Both the compression and expansion processes are carried out isentropically. Then the exhausted helium gas is sent to the regenerator. 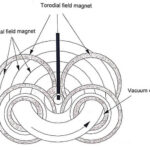 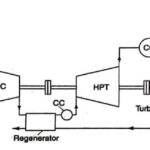