In automatic control systems the reference input will be an input signal proportional to desired output. The feedback signal is a signal proportional to current output of the system. The error detector compares the reference input and feedback signal and if there is a difference it produces an error signal. An amplifier can be used to amplify the error signal and the controller modifies the error signal for better control action.

The actuator amplifies the controller output and converts to the required form of energy that is acceptable for the plant.  Depending on the input to the plant, the output will change. This process continues as long as there is a difference between reference input and feedback signal. If the difference is zero, then there is no error signal and the output settles at the desired value.

The actuator is a power amplifying device that produces the input to the plant according to the control signal. The actuator may be a pneumatic motor/valve, hydraulic motor or electric motor. Examples of electric motors employed as actuator are DC servomotor, AC servomotor and stepper motor.

Many transducers like thermocouples, photo electric cells produce dc voltages proportional to the quantity to be measured. If this signal is to actuate an ac system, then this dc signal has to be converted to an ac signal before it is applied to ac systems. The device which transfers the information available in a dc signal to ac signal is called a modulator and the conversion process is called modulation. In modulation the control signal is superimposed on a high frequency carrier. Certain control system components like ac tachogenerators produces a modulated output signal. Hence the information is obtained by demodulation. The device which is used to extract the information available on a high frequency carrier is called demodulator and the process is called demodulation. In demodulation the control signal is extracted from the carrier signal.

The resistance element can be constructed by winding resistance wire on a former or by depositing a conducting material on a plastic base. The potentiometer has an input shaft to which a wiper is attached. The displacement is applied to the input shaft. When the shaft moves, the wiper contact slides over the resistance material.

The potentiometer is excited by a dc or ac voltage. The output voltage is measured at wiper contact a

Potentiometer can be used either to convert a mechanical motion to proportional voltage or as an error signal. A single potentiometer excited by dc or ac voltage is used to produce an output voltage proportional to displacement of the input shaft.

The specification of potentiometer used in control system are the following,

The term synchro is a generic name for a family of inductive devices which works on the principle of a rotating transformer (Induction motor). The trade names for synchros are Selsyn, Autosyn and Telesyn. Basically they are electro-mechanical devices or electromagnetic transducers which produces an output voltage depending upon angular position of the rotor.

A synchro system is formed by interconnection of the devices called the synchro transmitter and the synchro control transformer.  They are also called Synchro pair. The synchro pair measures and compares two angular displacements and its output voltage is approximately linear with angular differences of the axis of both the shafts.  They can be used in the following two ways,

The constructional features, electrical circuit and a schematic symbol of synchro transmitter. The two major parts of synchro transmitter are stator and rotor.  The stator is identical to the stator of three phase alternator. It is made of laminated silicon steel and slotted on the inner periphery to accommodate a balanced three phase winding. The stator winding is concentric type with the axis of three coils 1200 apart.  The stator winding is star connected (Y-connection).

The rotor is of dumb bell construction with a single winding.  The ends of rotor winding are terminated on two slip rings.  A single phase ac excitation voltage is applied to rotor through slip rings.

When the rotor is excited by ac voltage, the rotor current flows, and a magnetic field is produced.  The rotor magnetic field induces an emf in the stator coils by transformer action.  The effective voltage induced in any stator coil depends upon the angular position of the coils axis with respect to rotor axis.

A stepper motor transforms electrical pulses into equal increment of rotary shaft motion called steps. Components of Control System A one-to-one correspondence exists between the electrical pulses and the motor steps.  They control windings of the stepper motor with a frequency and sequence corresponding to the command issued.  It has a wound stator and a non excited rotor.  They are classified as variable reluctance, permanent  magnet or hybrid, depending on the type of rotor. They are also classified as 2-phase, 3-phase or 4-phase depending on the number of windings (called control winding) on the stator.

The number of teeth or poles on the rotor and the number of poles on the stator determine the size of the step (called the step angle).  The step angle is equal to 3600 divided  by the number of steps per revolution.  Motors are available with step rates of 200 steps per revolution.  Further increase in step rate is limited by mechanical and physical constraints.  This limitation has been overcome by electronic methods of reducing the step size.  Half-stepping and microstepping are techniques of electronically dividing each step into two half steps or from 10 to 125 microsteps.

A single pulse advances the shaft position by one angular step and a train of pulses produces a rotation in rapid steps, each with a non cumulative error of say ±3%.  For example, with a step angle of 1.80, one pulse will move the rotor position by 1.80±0.050, a train of 1000 pulses will give a rotation angle of 18000±0.050 equivalent to five complete revolutions.  With such an accuracy, a stepper motor does not require closed loop control, since positional precision is determined by the number of pulses.

A single pulse develops a detent torque which turns the rotor by one angular step and it comes to rest after a short damped oscillations which depends upon the system inertia, elastically and damping. A properly timed pulse sequence sustains a slewing rotation, the rotor passing through a corresponding number of angular steps and develops an effective mean torque and speed (or acceleration) all with positional accuracy.

The stator of this type of stepper motor has salient poles carrying control windings.  Each pole carries a control winding.  A pair of control winding are connected in series and called a phase, Components of Control System.

The equation  is the transfer function of DC tachogenerator.   A problem associate with dc arranged in space quadrature,  (the windings are fixed on the inner periphery of the stator such that the angle between their axes is 900) and the squirrel cage rotor.  One stator winding is called reference winding and it is excited by a sinusoidal voltage of frequency, ω0.  The other winding is called output winding, in which an emf is induced when the rotor rotates.  The schematic diagram of ac tachogenerator is .

The equation Components of Control System is the transfer function of ac tachogenerator. 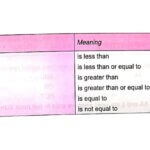 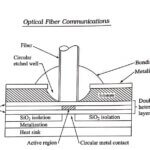