A const member function guarantees that it will never modify any of its class’s member data. The CONSTFU program shows how this works.

The non-const function nonFunc() can modify member data alpha, but the constant function conFunc() can’t. If it tries to, a compiler error results.

A function is made into a constant function by placing the keyword const after the declarator but before the function body. If there is a separate function declaration, const must be used in both declaration and definition. Member functions that do nothing but acquire data from an object are obvious candidates for being made const, because they don’t need to modify any data.

Making a function const helps the compiler flag errors, and tells anyone looking at the listing that you intended the function not to modify anything in its object. It also makes possible the creation and use of const objects, which we’ll discuss soon.

To avoid raising too many subjects at once we have, up to now, avoided using const member functions in the example programs. However, there are many places where const member functions should be used. For example, in the Distance class, shown in several programs, the showdist() member function could be made const because it doesn’t (or certainly shouldn’t!) modify any of the data in the object for which it was called. It should simply display the data.

Also, in ENGLRET, the add_dist() function should not modify any of the data in the object for which it was called. This object should simply be added to the object passed as an argument, and the resulting sum should be returned. We’ve modified the ENGLRET program to show how these two constant functions look. Note that const is used in both the declaration and the definition of add_dist(). Here’s the listing for ENGCONST:

Here, showdist() and add_dist() are both constant member functions. In add_dist() we show in the first commented statement, feet = 0, that a compiler error is generated if you attempt to modify any of the data in the object for which this constant function was called.

We mentioned in before that if an argument is passed to an ordinary function by reference, and you don’t want the function to modify it, the argument should be made const in the function declaration (and definition). This is true of member functions as well. In ENGCONST the argument to add_dist() is passed by reference, and we want to make sure that ENGCONST won’t modify this variable, which is dist2 in main(). Therefore we make the argument d2 to add_dist() const in both declaration and definition. The second commented statement shows that the compiler will flag as an error any attempt by add_dist() to modify any member data of its argument dist2.

In several example programs, we’ve seen that we can apply const to variables of basic types such as int to keep them from being modified. In a similar way, we can apply const to objects of classes. When an object is declared as const, you can’t modify it. It follows that you can use only const member functions with it, because they’re the only ones that guarantee not to modify it. The CONSTOBJ program shows an example.

A football field (for American-style football) is exactly 300 feet long. If we were to use the length of a football field in a program, it would make sense to make it const, because changing it would represent the end of the world for football fans. The CONSTOBJ program makes football a const variable. Now only const functions, such as showdist(), can be called for this object. Non-const functions, such as getdist(), which gives the object a new value obtained from the user, are illegal. In this way the compiler enforces the const value of football.

When you’re designing classes it’s a good idea to make const any function that does not modify any of the data in its object. This allows the user of the class to create const objects. These objects can use any const function, but cannot use any non-const function. Remember, using const helps the compiler to help you. 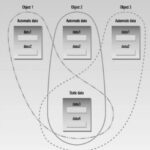 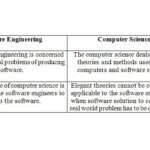