Control system engineering theory evolved as an engineering discipline and due to universality of the principles involved, it is extended to various fields like economy, sociology, biology, medicine, etc. Control theory has played a vital role in the advance of engineering and science. The automatic control has become an integral part of modem manufacturing and industrial processes. For example, numerical control of machine tools in manufacturing industries, controlling pressure, temperature, humidity, viscosity and flow in process industry. When a number of elements or components are connected in a sequence to perform a specific function, the group thus formed is called a system. In a system when the output’ quantity is controlled by varying the input quantity, the system is called control system. The output quantity is called controlled variable or response and input quantity is called command signal or excitation.

The electric furnace shown in image is a closed loop system. The output of the system is the desired temperature and it depends on the time during which the supply to heater remains ON.

Traffic control by means of traffic signals operated on a time basis constitutes an open-loop control system. The sequence of control signals are based on a time slot given for each signal. The time slots are decided based on a traffic study. The system will not measure the density of the traffic before giving the signals. Since the time slot does not changes according to traffic density, the system is open loop system.

The amplified analog signal rolates the servomotor to position the tool on the job. The position of the cutterhead is controlled according to the input of the servomotor. The transducer attached to the cutterhead converts the motion into an electrical signal. The analop electrical signal is converted to the digital pulse signal by the A/D converter.

Then this signal is compared with the input pulse signal. If there is any difference between these two, the controller sends a signal to the servomotor to reduce it. Thus the system automatically corrects any deviation in the desired output tool position. An advantage of numerical control is that complex parts can be produced with uniform tolerances at the maximum milling speed.

The position control system shown in servomotor powered by a generator. The load whose position has to be controlled is connected to motor shaft through gear wheels. Potentiometcrs are used to convert the mechanical motion to electrical signals.

The desired load position (0,) is set on the input potentiometer and the actual load position (0.) is fed to feedback potentiometer. The difference between the two angular positions generates an error signal, which is amplified and fed to generator field circuit. The induced emf of the generator drives the motor.

The rotation of the motor stops when the error signal is zero, i.e. when the desired load position is reached. 1.7 is a closed loop system. The system consists of a This type of control systems are called servomechanisms .The servo or servomechanisms are feedback control systems in which the output is mechanical position (or time derivatives of position e.g. velocity and acceleration).

The mathematical model of a system is linear if it obeys the principle. of superposition and homogenity. This principle implies that if a system model has responses y,(t) and y, (t) to any inputs x, (t) and x, (t) respectively, then the system response to the linear combination of these inputs a,x, (t) + a, x, (t) is given by linear combination of the individual outputs a, y,(t)+a, y,(t), where a, and a, are constants. The principle of superposition can be explained diagrammatically as shown in image

The differential equations of a linear time invariant system can be reshaped into different form for the convenience of analysis. One such model for single input and single output system analysis is transfer function of the system. The transfer function of a system is defined as the ratio of Laplace transform of output to the Laplace transform of input with zero initial conditions.

The transfer function can be obtained by taking Laplace transform of the differential equations governing the system with zero initial conditions and rearranging the resulting algebraic equations to get the ratio of output to input.

fm = Opposing force offered by mass of the body, N.

fk= Opposing force offered by the elasticity of the body (spring), N.

fb = Opposing force offered by the friction of the body (dash – pot), N.

Guideline to determine the Transfer Function of Mechanical Translational System

Write the differential equations governing the mechanical system shown in image and determine the transfer function.

SOLUTION
In the given system, applied force f(t) is the input and displacement x is the output. 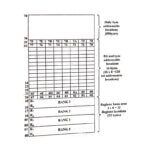 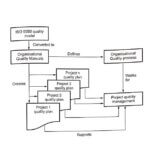