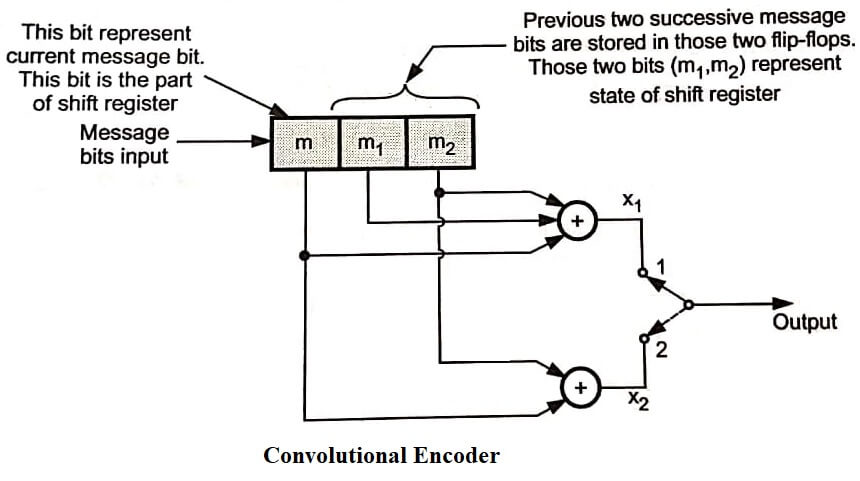 The above convolutional encoder operates as follows.

Whenever the message bit is shifted to position ‘m’, the new values of x1 and x2 are generated depending upon m, m1 and m2. m1 and m2 store the previous two message bits. The current bit is present in m. Thus we can write,

Here note that for every input message bit two encoded output bits x1 and x2 are transmitted. In other words, for a single message bit, the encoded code word is two bits i.e. for this convolutional encoder,

In the encoder of Fig. observe that whenever a particular message bit enters a shift register, it remains in the shift register for three shifts.

And at the fourth shift the message bit is discarded or simply lost by overwriting. We know that x1 and x2 are combinations of m, m1 , m2 Since a single message bit remains in m during first shift, in m1  during second shift and in m2 during third shift; it influences output x1 and x2 for ‘three’ successive shifts.

The constraint length of a Convolutional Coding is defined as the number of shifts over which a single message bit can influence the encoder output. It is expressed in terms of message bits.

For the encoder of Fig. constraint length K = 3 bits. This is because in this encoder, a single message bit influences encoder output for three successive shifts. At the fourth shift, the message bit is lost and it has no effect on the output.

Dimension of the Code 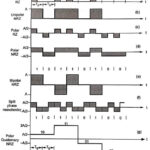 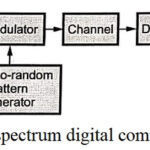