Glaucoma is defined as a progressive optic neuropathy causing damage to optic nerves that result in visual field defects.

Therefore, management of glaucoma aims at decreasing the raised intraocular pressure which can be achieved either by reducing aqueous humour formation (formed by ciliary process) or improving the drainage (figure).

The aqueous humour is formed by ciliary process and drained mainly by trabecular meshwork.

Chronic Simple Glaucoma : It is a genetic disorder, characterised by a gradual increase in the intraocular pressure. In this condition, the potency of trabecular meshwork is affected.

Acute Congestive Glaucoma : It is generally seen in patients having a shallow anterior chamber and a narrow iridocorneal angle, who use mydriatics (eye drops bringing about dilation of the pupil). This condition is a medical emergency, which, if once under control is treated either surgically or by laser iridotomy.

Following drugs are used for the treatment of glaucoma (table) :

Carbonic Anhydrase Inhibitors : These agents include acetazolamide (oral, IV), dorzolamide (topical), and brinzolamide (topical). They act to reduce the intraocular pressure by decreasing the formation of aqueous humour. They inhibit the enzyme carbonic anhydrase non-competitively.

For treating patients with glaucoma, timolol is widely used because:

β-blockers should be used cautiously or contraindicated in bronchial asthma and heart failure.

An example of a selective β1-blocker used for treating glaucoma is betaxolol. However, it is not as effective as the non-selective agents. It has a protective effect for retinal neurons. Levobunolol is an example of a long acting adrenergic β blocker.

Prostaglandins (PGs) : For the initial treatment of open-angle glaucoma, topical PGs like latanoprost and bimatoprost (PGF2α analogues) are preferred. These agents have longer duration of action, high efficacy, and low incidence of systemic toxicity.

These agents are also used for treating acute congestive glaucoma. They facilitate uveoscleral outflow and thus reduce intraocular pressure. A combination of latanoprost and timolol is also available. Generally these agents do not produce systemic side effects; however they may result in ocular irritation and pigmentation of the iris.

Miotics : These are used to treat acute congestive and open angle glaucoma. Pilocarpine, a tertiary amine is used as a mitotic agent. It is administered topically and is absorbed well through the cornea. It decreases intraocular pressure by the drainage of aqueous humour. 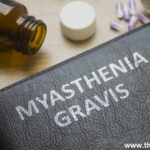 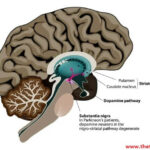