Myasthenia Gravis (MG) is an autoimmune disorder, in which antibodies are produced at neuromuscular junction (NMJ) against the NM receptors, so, it results in decrease in the number of NM receptors. Patients with myasthenia gravis show severe muscular weakness. The degree and intensity may vary at different times.

Patients with thymoma show an increased risk of development of myasthenia gravis.

MG can be diagnosed by the following methods:

Typical Signs and Symptoms : The typical signs and symptoms of myasthenia gravis include:

Edrophonium Test : This test is used to distinguish between patients affected with myasthenia gravis and those affected with other muscular dystrophies. Slow administration of edrophonium (a short-acting acetylcholinesterase inhibitor) in doses ranging from 2−10mg shows a significant improvement by causing reversibility of muscle weakness in patients with myasthenia gravis.

MG can be treated by :

Immunomodulation : Modulation of the immune system is brought about by :

Immunosuppression : Corticosteroids (e.g., prednisone) and other immunosuppressants like azathioprine, cyclosporin, mycophenolate mofetil, and tacrolimus can be used to suppress the immune system, thus, suppressing the production of abnormal antibodies.

Drugs like aminoglycoside antibiotics, d-tubocurarine (d-TC) and other neuromuscular blockers, β-blockers, ether, phenytoin, etc., should not be used as they aggravate myasthenia and are hence contraindicated. 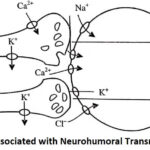 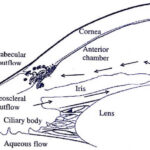 Drugs Used in Glaucoma and Types of Glaucoma