Although the input and output energy of a battery is electrical, the storage is in the chemical form. The most widely known device is the conventional lead-acid battery. The technology is mature and the costs are fairly well-known. The battery life is fairly long, perhaps 10 years or more when properly maintained, but the initial cost is high if one wishes to store enough energy for significant use. In some cases, however, it is the only thing available. In such circumstances, it may be used to operate few lights, television sets, and similar low-demand devices. More effective use of batteries for energy storage awaits the development of more efficient and less costly batteries.

Electrolysis of water represents another technique for storing energy in chemical form. The stored product of hydrogen can be used as fuel. To minimize storage requirements, it must be stored at relatively high pressures, and even so the energy density is fairly low. Greater energy densities could be achieved by liquefaction, but the mechanical and cryogenic technologies required are expensive.

One of the major attractions of this approach is that the basic raw material is distilled water, and it is possible to develop similar devices to run on hydrogen directly. These include simple heaters and internal-combustion engines. The former could be used for space heat, grain drying, cooking, etc., and the latter could be adapted to small range vehicles such as minitractors and mini-trucks. In certain rural situations, these devices could be useful and would not require imported fuel.

Lead-Acid Batteries : One of the oldest and best-known devices used to store energy is the lead acid battery. The technology is based on the reduction of lead dioxide to lead sulfate at the positive electrode and the simultaneous oxidation of the lead to lead sulfate at negative electrode. The electrolyte, sulfuric acid, is consumed and energy is discharged during this process. Energy is stored by reversing these reactions, that is, charging the battery.

The energy stored is proportional to the voltage (2.08 V per cell) and to the amount of lead. Lead has a high molecular weight, is an inherently inefficient chemical for battery energy storage, and is used for carrying current in cell. As a result, the amount of lead required per kilowatthour of storage is 50 to 100 lb, which unfavorably affects both the weight and cost of the storage system. A serious drawback of this battery is therefore its low energy density (energy stored per unit weight of battery), which is about 10 to 25 Wh/lb depending also on design and operation. Under suitable operating conditions, a well-designed and manufactured lead acid battery can achieve 2000 cycles and last for 10 years. However, life is substantially sacrificed to achieve higher energy densities required for certain application, such as electric vehicles.

A lead-acid battery system comprises individual cells that have capacity range from a few tenths of a kilowatthour to a few kilowatthours. A large submarine cell can have a capacity of 10 kWh and weigh 1,000 lb. Lead acid cells are often arranged in series strings to achieve the desired dc voltage for conversion or for the application intended. The number of strings will depend on the energy requirements. Energy conversion is often achieved by solid-state converter/rectifier systems. Lead acid batteries are used in submarines, forklift trucks, uninterrupted power supplies, electric vehicles, and short-term emergency power systems for several applications including telephones, computers, and nuclear power stations.

Nickel Cadmium and Other Commercial Batteries : The nickel cadmium battery is the only other commonly employed rechargeable battery besides lead acid. The chemical reaction involves reduction of nickel oxide to nickel hydroxide and oxidation of cadmium to cadmium hydroxide in an alkaline electrolyte (20% to 35% potassium hydroxide). The voltage of this couple (1.3 V) is less than that of lead-acid, and the energy density (about 20 Wh/lb) is slightly better.

Due to the high costs for nickel and cadmium, this battery is expensive and is only used when extremely long life or lighter weight is required. Major applications are satellites, portable equipment and tools, and various military applications. Other secondary (rechargeable) batteries considered for these and their specialized application are silver-zinc, nickel-iron, and nickel hydrogen. These systems are all expensive and are less environmentally friendly, but they are durable and have very long lives. Compared to lead-acid battery, the higher reliability of individual cell is offset by the larger number of cells required.

Advanced Batteries : Over the past two decades, a number of advanced batteries have been investigated. The aim of the research programs has been to lower the costs while maintaining the desirable specifications (durability and performance) of the lead-acid and nickel cadmium batteries. A secondary objective is to achieve improved energy densities.

The advanced battery systems closest to commercialization are zinc-chloride, zinc-bromide, and beta (sodium-sulfur) batteries. These are compared in table. In contrast to the lead-acid and nickel cadmium systems, these advanced batteries use low-cost, readily available active materials and enjoy simple electromechanical reactions, which should lead to excellent durability.

Fuel Cells : A fuel cell is an electrochemical device wherein the chemical energy of a fuel is converted directly into electric power. The main difference between a conventional battery and a fuel cell is that, unlike a battery, a fuel cell is supplied with external reactants; as a result whereas a battery is discharged, a fuel cell never faces such a problem as long as supply of fuel is provided. Fuel cells, distinguished from other secondary batteries by their external fuel store, have an even longer history than the lead acid battery.

The first hydrogen oxygen fuel cell was demonstrated in principle by English lawyer W. R. Grove in 1989, although the bulk of fuel cell’s development has been in the last 40 years and the major application has been in the space industry.

Major research activity in secondary batteries worldwide is concerned with material research for advanced batteries, in particular, materials for solid solution electrodes and for solid electrolytes. It should be noted that solid electrolytes are equally applicable to an electrochemical fuel cells. The processing functions of an electrochemical fuel cell are presented in fig.

Essential functions of the fuel cell are

The different types of the fuel cells are having their respective properties and applications. A typical fuel cell-based power processing system showing the major plant processes is shown in the fig. There are three major steps involved in the generation of the power from a fuel cell. The first and foremost step is achieved purity of the available hydrogen gas. This is done with the help of a fuel processor. A carbonaceous fuel is fed to the fuel processor, which in turn, produces a hydrogen rich gas at its output. This hydrogen rich gas is then fed to the anode electrode of the fuel cell.

The second step involves the fuel cell operation itself. The fuel cell is fed with the hydrogen rich gas at its anode and supply of air to the cathode. The hydrogen atoms at the anode gets split up into positive protons and negative electrons. These electrons follow an external path on their way to the cathode, thus supplying power to an external load in the process. 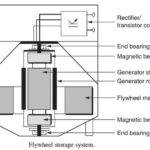