Factors determining compensation planning of an employee considerable amount of guess word and negotiation are involved. But following are the certain factors which have been extracted as having an important bearing upon the final decision:

Supply and Demand of Labour: Whatever the organization produces as commodity they desire services and it must pay a price that of workers acting in concert. If more the labour is required, such as at war time prosperity, there will be tendency to increase the compensation; whereas the situation when anything works to decrease the supply of labour, such as restriction by a particularlabour union, there will be a tendency to increase the compensation. The reverse of each situation is likely to result in a decrease in employee compensation, provided, labour union, ability to pay, productivity, government do not intervene.

Ability to Pay: Labour Unions has often demanded an increase in compensation on the basis that the firm is prosperous and able to pay.

Management’s Philosophy: Management’s desire to maintain or improve moral, attract high calibre employees, reduce turnover, and improve employees standard of living also affect wages, as does the relative importance of a given position to a firm.

Legislation: Legislation related to plays a vital role in determining internal organization practices. Various acts are prescribed by government of country for wage hours laws. Wage-hour laws set limits on minimum wages to be paid and maximum hours to be worked. In India minimum wages act 1948 reflecting the wage policy for an organization and fixation of minimum rates of wages to workers in sweated industries. In 1976 equal remuneration act was enacted which prohibits discrimination in matters relating to remuneration on the basis of religion, region or gender. 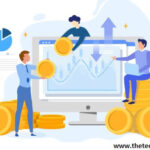