The Utilitarian Approach – Some ethicists emphasize that the ethical action is the one that provides the most good or does the least harm, or, to put it another way, produces the greatest balance of good over harm. The ethical corporateaction, then, is the one that produces the greatest good and does the least harm for all who are affected customers, employees, shareholders, the community, and the environment. Ethical warfare balances the

good achieved in ending terrorism with the harm done to all parties through death, injuries, and destruction. The utilitarian approach deals with consequences; it tries both to increase the good done and to reduce the harm done.

The Rights Approach – Other philosophers and ethicists suggest that the ethical action is the one that best protects and respects the moral rights of those affected. This approach starts from the belief that humans have a dignity based on their human nature per se or on their ability to choose freely what they do with their lives. On the basis of such dignity, they have a right to be treated as ends and not merely as means to other ends. The list of moral rights -including the rights to make one’s own choices about what kind of life to lead, to be told the truth, not to be injured, to a degree of privacy, and so on-is widely debated; some now argue that non- humans have rights, too. Also, it is often said that rights imply duties-in particular, the duty to respect others’ rights.

The Fairness or Justice Approach – Aristotle and other Greek philosophers have contributed the idea that all equals should be treated equally. Today we use this idea to say that ethical actions treat all human beings equally-or if unequally, then fairly based on some standard that is defensible. We pay people more based on their harder work or the greater amount that they contribute to an organization, and say that is fair. But there is a debate over CEO salaries that are hundreds of times larger than the pay of others; many ask whether the huge disparity is based on a defensible standard or whether it is the result of an imbalance of power and hence is unfair.

The Common Good Approach – The Greek philosophers have also contributed the notion that life in community is a good in itself and our actions should contribute to that life. This approach suggests that the interlocking relationships of society are the basis of ethical reasoning and that respect and compassion for all others-especially the vulnerable are requirements of such reasoning. This approach also calls attention to the common conditions that are important to the welfare of everyone. This may be a system of laws, effective police and fire departments, health care, a public educational system, or even public recreational areas.

The Virtue Approach – A very ancient approach to ethics is that ethical actions ought to be consistent with certain ideal virtues that provide for the full development of our humanity. These virtues are dispositions and habits that enable us to act according to the highest potential of our character and on behalf of values like truth and beauty. Honesty, courage, compassion, generosity, tolerance, love, fidelity, integrity, fairness, self-control, and prudence are all examples of virtues. Virtue ethics asks of any action, “What kind of person will I become if I do this?” or “Is this action consistent with my acting at my best?”

Putting the Approaches Together

Each of the approaches helps us determine what standards of behavior can be considered ethical. There are still problems to be solved, however. The first problem is that we may not agree on the content of some of these specific approaches. We may not all agree to the same set of human and civil rights. We may not agree on what constitutes the common good.

We may not even agree on what is a good and what is a harm. The second problem is that the different approaches may not all answer the question “What is ethical?” in the same way. Nonetheless, each approach gives us important information with which to determine what is ethical in a particular circumstance. And much more often than not, the different approaches do lead to similar answers.

Making good ethical decisions requires a trained sensitivity to ethical issues and a practiced method for exploring the ethical aspects of a decision and weighing the considerations that should impact our choice of a course of action. Having a method for ethical decision making is absolutely essential. When practiced regularly, the method becomes so familiar that we work through it automatically without consulting the specific steps.

The more novel and difficult the ethical choice we face, the more we need to rely on discussion and dialogue with others about the dilemma. Only by careful exploration of the problem, aided by the insights and different perspectives of others, can we make good ethical choices in such situations. We have found the following framework for ethical decision making a useful method for exploring ethical dilemmas and identifying ethical courses of action. 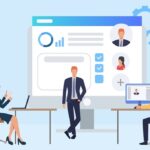 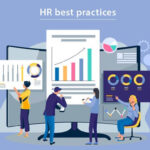