These receptors belong to a large family of cell membrane receptors. These receptors are bonded with effector (enzyme/channel/carrier protein) by one or more GTO-activated protein (G-protein) to give effective response. The structural organisation of all such receptors is common.

GTP carrying α-subunit dissociated from the other two subunits can either inhibit or activate the effector. The β and γ subunits may also modulate some effectors such as receptor operated K+ channels, adenylyl cyclase and phospholipase C. 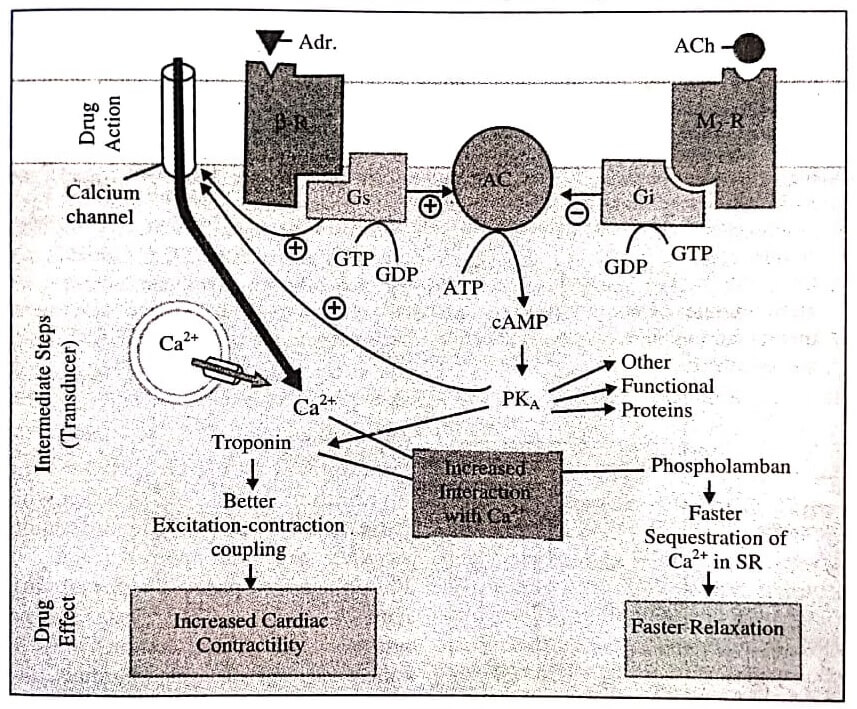 Adrenaline (Adr) binds to adrenergic receptor ( β−R) on the cell surface inducing a conformational change which permits interaction of the G- protein binding site with the stimulatory G-protein (Gs).

The activated Gs now binds GTP (in place of GDP), causing its active subunit to dissociate and in turn activate the enzyme adenylyl cyclase (AC) located on the cytosolic side of the membrane: ATP is hydrolysed to cAMP which phosphorylates and thus activates cAMP dependent protein kinase (PKA). The PKA, phosphorylates many functional proteins including troponin and phospholamban, so that they interact with Ca2+, respectively resulting in increased force of contraction and faster relaxation.

Calcium is made available by entry from outside (direct activation of myocardial membrane Ca2+ channels by Gs and through their phosphorylation by PKA as well as from intracellular stores).

One of the other proteins phosphorylated by cAMP is phosphorylase kinase which then activates the enzyme phosphorylase resulting in breakdown of glycogen to be utilised as energy source for increased contractility.

Action of acetylcholine (ACh) on muscarinic M2 receptor (M2−R), also located in the myocardial membrane, can similarly activate an inhibitory G-protein (Gi) which can oppose the activation of AC by Gs.

The α-sub-unit has GTPase activity that bind GTP and slowly hydrolyses it to GDP. After this the α-sub-unit dissociates from the effector to re-join its other sub-units, but not before the effector has been activated/inhibited for a few seconds and the signal has been amplified.

When adenylyl cyclase enzyme is inhibited by the inhibitory Gi-protein, these functions are reversed. 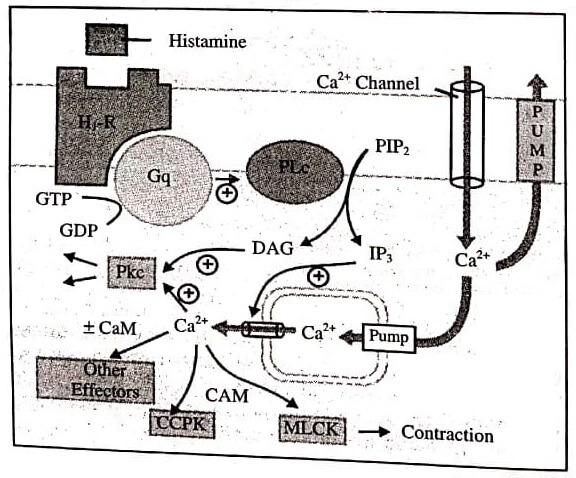 The product inositol 1,4,5-transphoshategid (IP3) and diacyglycerol (DAG) act as second messengers. The primary action of IP3 is facilitation of Ca2+ mobilisation from intracellular organellar pools, while DAG in conjunction with Ca2+ activates protein kinase C (PKc) which phosphorylates and alters the activity of a number of functional and structural proteins.

Channel Regulation: The opening and closing of ionic channels specific for Ca2+, K+ or Na+ are regulated by activated G-proteins. Thus the level of intracellular Ca2+ is either altered, or it undergoes hyperpolarisation or depolarisation.

For example, in the myocardium and skeletal muscles, the Gs opens Ca2+ channels, whereas, Gi and G0 open K+ channels in heart and smooth muscle but closes neuronal Ca2+ channels. 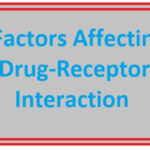