GEO is also called as geosynchronous (or synchronous) orbits, which has 24 hour period of revolution but are inclined with respect to equator. Orbits that are below a mean altitude of about 36,000 km have periods of revolution shorter than 24 hours and hence are termed as non Geostationary Earth Orbit (GEO).

Geostationary Earth Orbit (GEO) satellite has the ability to provide coverage of an entire hemisphere at one time. Satellites are designed to last only about 15 years in orbit, because of the practical inability to service a satellite in GEO and replenish consummables (fuel, battery cells and degraded and failed components).

A system of three satellites in GEO each separated by 120 degrees of longitude, can receive and send radio signals over almost all the parts of earth. 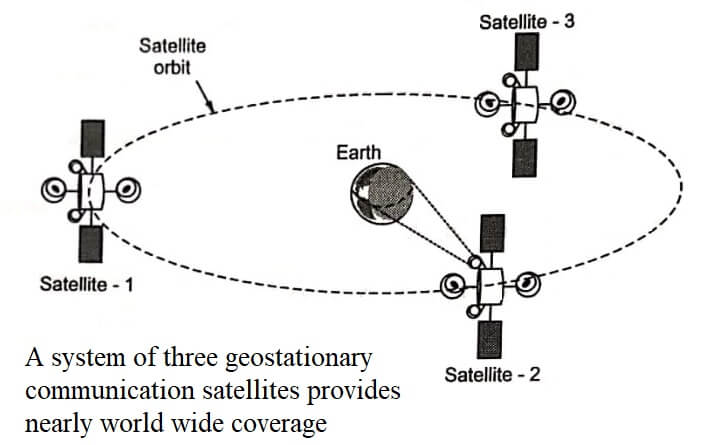 For a geostationary satellite, the angular velocity v, is given by – 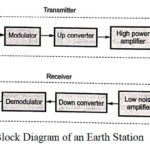