AIMD – Additive Increase, Multiplicative Decrease. A rate adaption algorithm used notably by TCP where a host additively increases its transmission rate when the network is not congested and multiplicatively decreases when congested is detected.

ARP – The Address Resolution Protocol is a protocol used by IPv4 devices to obtain the datalink layer address that corresponds to an IPv4 address on the local area network.

ARPANET – The Advanced Research Project Agency (ARPA) Network is a network that was built by network scientists in USA with funding from the ARPA of the US Ministry of Defense. ARPANET is considered as the grandfather of today’s Internet.

ASCII – The American Standard Code for Information Interchange (ASCII) is a character-encoding scheme that defines a binary representation for characters. The ASCII table contains both printable characters and control characters. ASCII characters were encoded in 7 bits and only contained the characters required to write text in English. Other character sets such as Unicode have been developed later to support all written languages.

ASN.1 – The Abstract Syntax Notation One (ASN.1) was designed by ISO and ITU-T. It is a standard and flexible notation that can be used to describe data structures for representing, encoding, transmitting, and decoding data between applications. It was designed to be used in the Presentation layer of the OSI reference model but is now used in other protocols such as SNMP.

BGP – The Border Gateway Protocol is the interdomain routing protocol used in the global Internet.

BNF – A Backus-Naur Form (BNF) is a formal way to describe a language by using syntactic and lexical rules. BNFs are frequently used to define programming languages, but also to define the messages exchanged between networked applications.

dial-up line – A synonym for a regular telephone line, i.e. a line that can be used to dial any telephone number.

DNS – The Domain Name System is a distributed database that allows to map names on IP addresses.

hosts.txt – A file that initially contained the list of all Internet hosts with their IPv4 address. As the network grew, this file was replaced by the DNS, but each host still maintains a small hosts.txt file that can be used when DNS is not available.

HTML – The HyperText Markup Language specifies the structure and the syntax of the documents that are exchanged on the world wide web. HTML is maintained by the HTML working group of the W3C

hub – A relay operating in the physical layer.

IANA – The Internet Assigned Numbers Authority (IANA) is responsible for the coordination of the DNS Root, IP addressing, and other Internet protocol resources

iBGP – An iBGP session is a BGP between two routers belonging to the same Autonomous System. Also called an internal BGP session.

ICANN – The Internet Corporation for Assigned Names and Numbers (ICANN) coordinates the allocation of domain names, IP addresses and AS numbers as well protocol parameters. It also coordinates the operation and the evolution of the DNS root name servers.

IETF – The Internet Engineering Task Force is a non-profit organisation that develops the standards for the protocols used in the Internet. The IETF mainly covers the transport and network layers. Several application layer protocols are also standardised within the IETF. The work in the IETF is organised in working groups. Most of the work is performed by exchanging emails and there are three IETF meetings every year. Participation is open to anyone.

IGRP – The Interior Gateway Routing Protocol (IGRP) is a proprietary intradomain routing protocol that uses distance vector. IGRP supports multiple metrics for each route but has been replaced by EIGRP

IMAP – The Internet Message Access Protocol (IMAP), is an application-level protocol that allows a client to access and manipulate the emails stored on a server. With IMAP, the email messages remain on the server and are not downloaded on the client.

Internet – a public internet, i.e. a network composed of different networks that are running IPv4 or IPv6

inverse query – For DNS servers and resolvers, an inverse query is a query for the domain name that corresponds to a given IP address.

IP – Internet Protocol is the generic term for the network layer protocol in the TCP/IP protocol suite. IPv4 is widely used today and IPv6 is expected to replace IPv4

IPv4 – is the version 4 of the Internet Protocol, the connectionless network layer protocol used in most of the Internet today. IPv4 addresses are encoded as a 32 bits field.

IPv6 – is the version 6 of the Internet Protocol, the connectionless network layer protocol which is intended to replace IPv4 . IPv6 addresses are encoded as a 128 bits field.

ISN – The Initial Sequence Number of a TCP connection is the sequence number chosen by the client ( resp. server) that is placed in the SYN (resp. SYN+ACK) segment during the establishment of the TCP connection.

ISO – The International Standardization Organisation is an agency of the United Nations that is based in Geneva and develop standards on various topics. Within ISO, country representatives vote to approve or reject standards. Most of the work on the development of ISO standards is done in expert working groups.

ISP – An Internet Service Provider, i.e. a network that provides Internet access to its clients.

Leased Line – A telephone line that is permanently available between two endpoints.

MIME – The Multipurpose Internet Mail Extensions (MIME) are a set of extensions to the format of email messages that allow to use non-ASCII characters inside mail messages. A MIME message can be composed of several different parts each having a different format.

minicomputer – A minicomputer is a multi-user system that was typically used in the 1960s/1970s to serve departments.

MSS – A TCP option used by a TCP entity in SYN segments to indicate the Maximum Segment Size that it is able to receive.

Name Server – A server that implements the DNS protocol and can answer queries for names inside its own domain.

NAT – A Network Address Translator is a middlebox that translates IP packets.

NBMA – A Non Broadcast Mode Multiple Access Network is a subnetwork that supports multiple hosts/routers but does not provide an efficient way of sending broadcast frames to all devices attached to the subnetwork. ATM subnetworks are an example of NBMA networks.

PBL – Problem-based learning is a teaching approach that relies on problems.

POP – The Post Office Protocol (POP), is an application-level protocol that allows a client to download email messages stored on a server.

Resolver – A server that implements the DNS protocol and can resolve queries. A resolver usually serves a set of clients (e.g. all hosts in campus or all clients of a given ISP). It sends DNS queries to nameservers everywhere on behalf of its clients and stores the received answers in its cache. A resolver must know the IP addresses of the root nameservers.

RIP – Routing Information Protocol. An intradomain routing protocol based on distance vectors that is sometimes used in enterprise networks.

RIR – Regional Internet Registry. An organisation that manages IP addresses and AS numbers on behalf of IANA.

Root Nameserver – A name server that is responsible for the root of the domain names hierarchy. There are currently a dozen root nameservers and each DNS resolver

Round-Trip-Time – The round-trip-time (RTT) is the delay between the transmission of a segment and the reception of the corresponding acknowledgement in a transport protocol.

Router – A relay operating in the network layer.

RPC – Several types of remote procedure calls have been defined. The RPC mechanism defined in RFC 5531 is used by applications such as NFS

Spoofed Packet – A packet is said to be spoofed when the sender of the packet has used as source address a different address than its own.

Standard Query – For DNS servers and resolvers, a standard query is a query for a A or a AAAA record. Such a query typically returns an IP address.

Switch – A relay operating in the datalink layer.

TCB – The Transmission Control Block is the set of variables that are maintained for each established TCP connection by a TCP implementation.

TCP/IP – refers to the TCP and IP protocols

TLD – A Top-level domain name. There are two types of TLDs. The ccTLD are the TLD that correspond to a two letters ISO-3166 country code. The gTLD are the generic TLDs that are not assigned to a country.

TLS – Transport Layer Security, is a cryptographic protocol that is used to provide communication security for Internet applications. This protocol is used on top of the transport service but a detailed description is outside the scope of this book.

WW3C – The world wide web consortium was created to standardise the protocols and mechanisms used in the global www. It is thus focused on a subset of the application layer.

X11 – The XWindow system and the associated protocols

XML – The eXtensible Markup Language (XML) is a flexible text format derived from SGML. It was originally designed for the electronic publishing industry but is now used by a wide variety of applications that need to exchange structured data. The XML specifications are maintained by several working groups of the W3C. 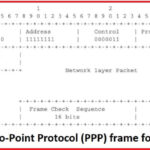 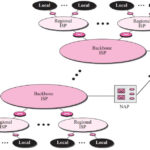