After World War II, the drive to electrify the remaining rural and sparsely populated areas of the United States was renewed.

Providing fully rated circuit breakers for switching loaded circuits was frequently beyond budget limitations. This created a need for new transmission and subtransmission voltage circuit-switching devices. One such device could be described as a load interrupter. It appeared in a wide variety of forms. Most were attachments to disconnect switches.

Initially, most of these devices used low-volume oil as an interrupting medium. Ablative gas generating devices and later vacuum displaced oil. With rare exceptions, these devices had deficiencies.

In the mid-1950s, SF6 was first employed as an interrupting medium. The application was an interrupter attachment for disconnect switches.

Whereas ablative devices and vacuum bottles are limited to approximately 30-kV recovery voltage per gap, this single-gap SF6 device was readily applied on 138-kV systems for up to 600 A load switching. Most of these vacuum, ablative, and SF6 devices were shunted into the circuit during the disconnect switch opening process. As the 1960s approached, the circuit switcher was born. It appeared as an in-line device.

While the first version employed a number of ablative devices in series, it soon evolved into the use of SF6 as a medium. Because of the unfavorable experience with the earlier devices, the general acceptance of the circuit switcher took much effort and considerable time. A typical installation is shown in Fig. 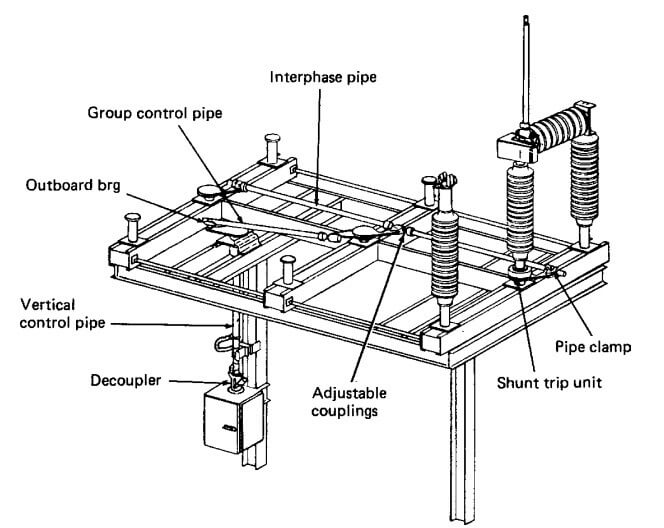 There is generally shorter strike distance on the secondary bus and more exposure to flashover from wildlife and other causes. Therefore, circuit switchers are specifically tested to interrupt the higher transient recovery voltages (TRVs) associated with faults initiated on the secondary of the transformer and cleared by the high-side protective device.

For application where the available high-side short-circuit current exceeds the device’s capability, blocking relays can be used. However, in most applications this is not necessary. 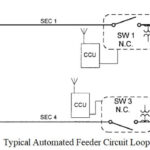