In general, any substance which brings about a change in the biological functions by way of its chemical action is defined as a drug. Drug may be a therapeutic agent which is used in the prevention, diagnosis, treatment, control or cure of the infectious and diseased conditions.

The term drug is originated from the French word drogue meaning a dry herb. The WHO defines drug as “a substance or product that is used for the purpose of diagnosis, prevention, relief or cure of a disease in man and animals”.

Depending on the purpose, drugs can be categorised as curative, suppressive, and prophylactic, as given below:

Curative Drugs : These drugs cure or eliminate the diseased or infected conditions. Another term auxiliary drug is used for drugs involved in any specific phase of the overall treatment, for example, the anaesthesia administered before a surgery acts as an auxiliary drug.

Though the surgery is to cure a disease, however, it becomes imperative to administer anaesthesia before a surgery because without anaesthesia, it is impossible to perform the surgery.

Prophylactic Drugs : As the name indicates, these drugs are involved in the prevention of the disease from occurring.

Mostly, within the biological systems, a molecule of drug reacts with a receptor molecule, which specifically plays a regulatory role. Sometimes drugs are known as chemical antagonists that react directly with other drugs whereas some drugs (osmotic agents) interact almost exclusively with water molecules.

Some chemicals which are synthesised in the body (e.g., hormones) may also be administered as a drug in case of pathological conditions or some therapeutic agents are supplied to the body as chemicals that are not synthesised within the body, i.e., xenobiotics (from the Greek xenos, meaning stranger).

Drugs that have harmful effects on the body are known as toxins. Organic poisons that are originated biologically (produced either by plants or animals) are defined within the term toxins, whereas lead and arsenic are inorganic poisons.

Hence, the drug must have the required properties for transportation from the site of administration to its site of action. Moreover, it is essential that a drug should either be inactivated or excreted from the body at a reasonable rate so that it acts only for a precise duration.

Drugs can be classified on the basis of the following properties: 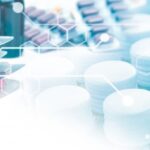 Definitions of Pharmacology
On the Basis of Physical Properties of Drugs