‘Know yourself ’: this Socratic maxim expresses the rationale for learning the history of epidemiology. Self-knowledge, as derived from a view of the development in time of epidemiology, promotes a positively critical attitude towards the discipline and its practice by fostering an appreciation of

◆ The common features of all branches of epidemiology as a population health science beyond today’s subdivision in specialized areas;

◆ The relationship of epidemiology to other scientific disciplines, and its methodological specificities, strengths, and weaknesses in respect to them;

◆ The process of the emergence of key concepts, be they methodological, such as ‘risk’, or substantive, such as the modes of diffusion of pathogens in the community: this cumulative but irregular accrual of knowledge is characterized by controversies, blind alleys, sheer errors and, not rarely, also by material hurdles, as well as personal and institutional conflicts; it usually appears long when time is measured in years but much less so when a ‘generation’ of scientists is-more appropriately-taken as the time unit;

◆ The influence of the demographic, health, social, cultural, and economic context on the development of epidemiology and epidemiological methods;

◆ The role of epidemiology in society through its impact in the health field, an impact largely mediated through the essential functions of epidemiology within public health; and

◆ The roots and dynamics of present trends in epidemiology, and the options for reinforcing, inflecting, or contrasting them; in particular, the pressure for resources and research to be concentrated on the ‘theme of the day’, ignoring or paying lip service to the past and glossing over future implications. The increasingly technical and specialized character of most epidemiology textbooks does little to keep this trend in check.

Each of these six perspectives on epidemiology should be regarded as essentially descriptive and only tentatively as explanatory. Presentations on the longterm evolution of epidemiology, especially ‘bird’s eye views’, as the one in ‘Annex: an historical sketch’, are affected to a variable but usually substantial extent by ‘teleological bias’ (Saracci 2011).

The bias arises from the unavoidable tendency to reconstruct sequences of and links between past ideas, concepts, and events in such a way that they can logically and consistently account for today’s situation, for instance, today’s concept of ‘risk factor’.

This in fact generates not a causal but a finalistic (pseudo) explanation because, as the historian Trevor-Roper noted (Pearl et al. 1981), history is not only what occurred but what occurred in the context of what could have occurred, namely, in light of all possible alternative paths of evolution. I am not aware of any systematic work that employs this counterfactual approach in the study of the long-term development of epidemiology; indeed, scholarly historical work avoids overall narratives (counterfactual or not) and mostly develops meticulous ‘worm’s eye views’ on limited, specific issues, based on the study of primary documentary sources. 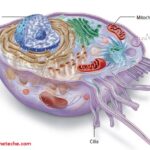 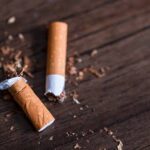 The Modern History of Tobacco and Health : Scientific Aspects