Fig shows a schematic diagram layout of nuclear power plant. In nuclear power plants, the reactor function is similar to the furnace of steam power plant. It contains pressure vessel, fuel rods, moderator, shielding as shown in fig. There are various types of reactors used in practice which will be discussed later. The fuel elements are inserted in the reactor core. The control rods are introduced and positioned in the core to control the chain reaction. Heavy water reactor acts as a moderator as well as the coolant.

The main components of layout of nuclear power plant are

Main Components of a Nuclear Reactor

A nuclear reactor is similar to the furnace of a steam power plant or combustion chamber of a gas turbine plant. In this nuclear reactor, heat is produced due to nuclear fission chain reaction. Fig shows the various components of a nuclear reactor.

The nuclear reactor consists of the following principle parts.

It consists of nuclear fuel, the neutron moderator and space for the coolant. The layout of nuclear power plant fuel is an element or isotope whose nuclear undergo nuclear fission by nuclear bombardment and produces a fission chain reaction. Nuclear fuel may be one or all of the following U²³³, U235 and Pu239. Reactor core generally has a shape approximately a right circular cylinder with diameters ranging from 0.5m to 15m.

The layout of nuclear power plant fuel elements are made of plates or rods of Uranium metal. These plates are usually clad in a thin sheet of stainless steel, Zirconium or Aluminium to provide corrosion resistance. The fuel is shaped and located in such a way that heat produced within the reactor is uniform. Adequate arrangements should be made for fuel supply, charging or discharging and storing the fuel.

The process of slowing down the neutrons from high velocity without capturing them is known as moderation. Moderator is a material which is used to slow down the neutrons from high velocities without capturing them. The fast moving neutrons are far less effective in causing the fission and try to escape from the reactor. Thus, the speed of the fast moving neutron is reduced by introducing moderator. Heavy water (D2O), Water (H2O), Beryllium (Be), Graphite (C) and Helium (He) gas are commonly used moderators.

A good moderator should possess the following properties:

The moderator is characterized by moderating ratio which is the ratio of moderating power to the macroscopic neutron capture coefficient. If the moderating ratio is high, then the given substance is more suitable for slowing down the neutrons.

The function of control rod is:

Boron, Cadmium and Hafnium are mostly used as control rods. These control rods are used to absorb the neutrons thereby reducing the chain reaction. The control rods must be able to absorb excess neutrons. The position of these rods is regulated by electronic or electro mechanical device.

Reflector material is placed round the core to reflect back some of the neutrons that leak out from the surface of the core. The reflected neutrons cause more fission and improve the neutrons economy of the reactor. Reflector is generally made of the same material as the moderators. Water, carbon, graphite, beryllium are generally used as reflectors.

The desirable properties for a reactor coolant are:

The various fluids are used as coolant like water (light water or heavy water), gases (helium, CO2, hydrogen or air), liquid metals such as sodium and organic liquids.

An operating reactor is a powerful source of radiation, since fission and subsequent radioactive decay produce neutrons and gamma rays, both of which are highly penetrating radiations. A reactor must have special shielding around it to absorb this radiation in order to protect technicians and other reactor personnel in a popular class of research reactors known as “swimming pools”.

The pads are formed by inserting a pair of blankets secured one another inside a to pair of outer covers which are secured to one another in offset relation to form an interleave or tongue and groove configuration to eliminate radiation paths between pads. The blankets are formed by quilting lead wool within the blanket covers. Each pad has a hanging plate secured to one end which can be hung from a frame around a reactor head or from the reactor head itself.

The pads are secured to one another such as with straps to insure elimination of radiation paths there between.

Shielding is necessary to protect the walls of the reactor vessel from radiation damage and also protects the operating personnel from exposure to radiation. Thick layers of lead concrete or steel are provided all around the reactor. These layers absorb the gamma rays, neutrons etc.

A good shielding material should have the following properties.

A shield for use with nuclear reactor systems is to attenuate radiation resulting from reactor operation. The shield comprises a container preferably of a thin, flexible or elastic material, which may be in the form of bag, a mattress, a toroidal segment or toroid or the like filled with radiation attenuating liquid. Means are provided in the container for filling and draining the container in place. Due to its flexibility, the shield readily conforms to irregularities in surfaces with which it may be in contact in a shielding position.

Radiation shielding is done in many ways such as Lead, Lead Glass, Leaded Acrylic Rolling Shields, L-Blocks, Hot Labs. In addition to this, Beta shielding, Gamma and Therapy and Radiology shielding using X-rays are done to protect the nuclear reactors.

It is done by borated polyethylene material. In general, all reactors need both radiation and Neutron shield to protect humans and environment successfully. 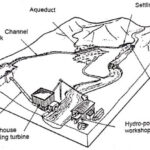 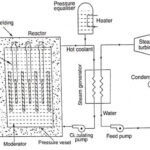