Differences between Microprocessors and Microcontrollers

The fundamental differences between microprocessors and microcontrollers are:

The features of microcontrollers are :

High integration of functionality : Microcontrollers are called as single chip. computers because they have on chip memory and I/O circuitry and other circuitries that enable them to function as small stand-alone computers without other supporting circuitry.

The 8 bit microcontroller 8051 family has numbers ranging from 8031 to 8751 and are available in N-channel Metal Oxide Semiconductor (NMOS) and Complementary MOS (CMOS) construction in a variety of package types.

8051 is available in different memory types such as UV-EPROM, Flash and NV-RAM, all of which have difference part numbers. The UV-EPROM version of the 8051 is the 8751 . The flash ROM version is marketed by many companies. The Atmel Flash 8051 is AT89C51. The NV-RAM version of the 8051 made by Dallas semiconductor is called DS 5000. The table gives the various 8051 microcontrollers. 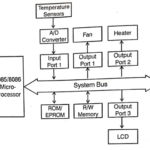 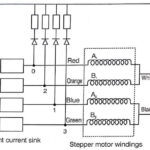