The following points help to understand the nature of drugs in a better manner:

Physical State of Drug : At room temperature, drugs may either be in the form of solid (e.g., aspirin, atropine), liquids (e.g., nicotine, ethanol), or gases (e.g., nitrous oxide). The route which is the best for its administration is often determined by these factors. In pharmacology, different classes of organic compounds like carbohydrates, proteins, lipids, and their constituents, all are included.

The nature of the drugs plays an important role in determining the manner in which their action is controlled by the body. This is because the degree of ionisation of such drugs may be modified by the varying pH. within different sections of the body.

To achieve such selective binding, it appears that a molecule should in most cases be at least 100MW units in size. The ability of a molecule to be transported within the body (e.g., from the site of administration to the site of action) governs its upper limit in terms of molecular weight.

Drugs that have molecular weight greater than 1000 are insufficiently diffused between various sections of the body. Hence, administration of drugs that are very large in size (usually proteins) must be done directly into the section where their action is desired.

Drug Reactivity and Drug-Receptor Bonds : Chemical forces or bonds play a role when the drug interacts with its receptor.

The bond between a drug and receptor can be of mainly three types:

Covalent Bonds : Covalent bonds are very strong bonds, as well as also irreversible under biological conditions, in many cases. The drugs that form covalent bonds are highly reactive, e.g., disruption of cell division in the tumour by the DNA-alkylating agents used in cancer chemotherapy.

Rational Drug Design : The ability to predict the appropriate molecular structure of a drug on the basis of biological receptor is denoted by the rational drug design. Though, many receptors have been isolated and were observed during the past three decades, yet such a drug design was not permitted until the recent times, as the appropriate detail of none of the receptors was known.

Based on the knowledge of the three-dimensional structure of the receptor site, the molecular designs of a few drugs which are now in use have been developed. Optimisation of drug structures to fit known receptors has now been possible with the use of the computer programmes available. With more knowledge on the receptor structure, rational drug design will eventually gain popularity. 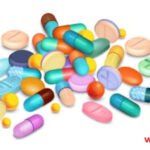 Introduction and Nature of Drugs
On the Basis of Drug Source