Division of labor : To achieve organizational goals it is necessary to identify the work which is necessary to achieve the desired objective. The work so identified has to be divided and sub-divided so that, the sub-divided components can be entrusted to the person for which he has special components for performing the task. By doing so, the organization brings in the principles of specialization and motivation, the elements of efficiency by eliminating wastages involved in duplicating and overlapping of efforts and finally the principle of control, by holding the individual responsible for lapses on his part.

Relationship : In every organization structure, types of relationships present a unified whole for achieving the common goal of the organization. Such relationships may be administrative or operating vertical, horizontal or diagonal, formal or informal. In this process, some may be working at par with another, others may either be above them or below them. Persons working at the same level are expected to possess the same quantum of authority, persons above them are expected to wield greater authority, where as persons operating below them are expected to enjoy lower authority. It is this hierarchical relationship, which binds persons operating at different levels, to continue their efforts to achieve common goals of the organization.

Co-ordination : Without co-ordination, an organization’s goal cannot be achieved. It is the direction function, which has to be performed by the executive entrusted with this vital function. He has to co-ordinate the efforts put in by individuals and groups in such a manner that, organizations goal is achieved with maximum efficiency by eliminating wastages, but ensuring simultaneously, ego satisfaction of each individual as far as possible. Organization structure influences behavioural stability. The most obvious differences in behaviour patterns are apparent between organizations that are not in same or similar fields. 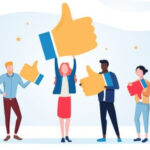 Implications on Performance and Satisfaction 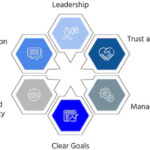