The performance of a radio receiver is measured on the basis of its selectivity, sensitivity, fidelity and image frequency rejection. 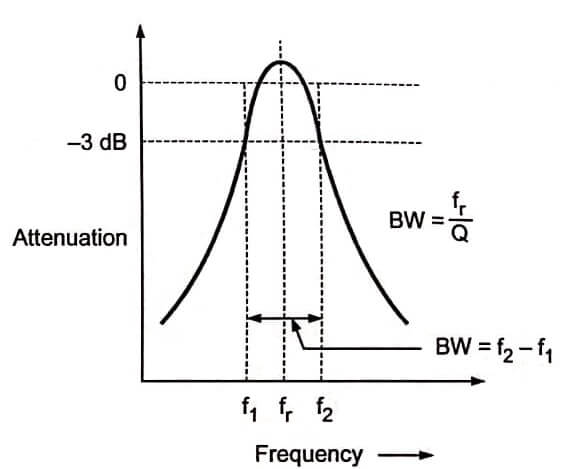 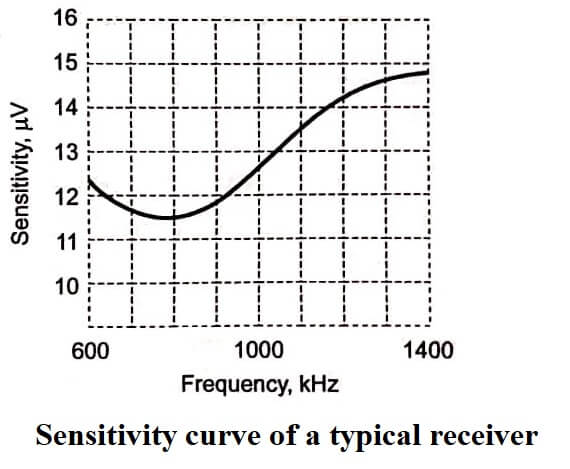 Fig shows the typical sensitivity curve of a receiver. As shown in the figure, the sensitivity is decreased (voltage is increased) at higher frequencies. 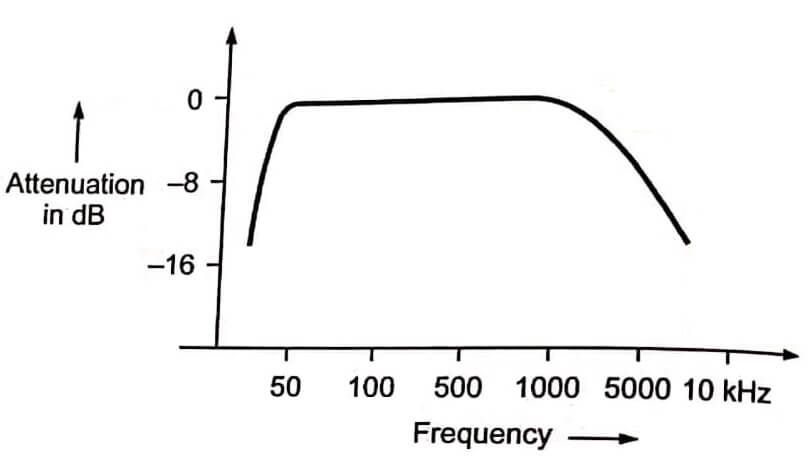 We know that local oscillator frequency is made higher than the signal frequency such that ƒ0 – ƒs = ƒi. Here ƒi is IF. That is ƒ0 = ƒs + ƒi . The IF stage passes only ƒi. If the frequency ƒsi – ƒs + 2ƒi appears at the input of the mixer, then the mixer will produce difference frequency equal to ƒi. This is equal to IF. The frequency ƒsi is called image frequency and is defined as the signal frequency plus twice the IF. This image frequency is converted in the IF range and it is also amplified by IF amplifiers. This is the effect of two stations being received simultaneously. The image frequency rejection is done by tuned circuits in the RF stage. It depends upon the selectivity of the RF stage. The image rejection should be done before the IF stages. 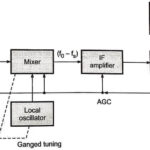