Consider a reciprocating engine mechanism shown. As we have discussed in before section, the acceleration of reciprocating parts is given by a=\omega^{2} r\left[\cos \theta+\frac{\cos 2 \theta}{n}\right]

It may be noted that in reciprocating engine mechanism, the inertia. Therefore the effect of inertia force should be eliminated for balancing. Therefore unbalanced force FU is given by

Note : From the expressions of primary and secondary unbalanced forces, the following points can be observed:

5. In case of high speed engines, the secondary forces are of appreciable magnitude and cannot be neglected. 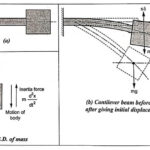 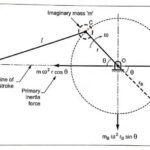