Professionalism can be identified only with the help of moral principles on which the profession is based. All these ideals or principles have some virtues. Virtues define moral excellence of behavior.

So, virtues are some kind of ways which are related references to other individuals or groups or organizations. They are very much related to the motives, attitudes and emotions which are responsible for right and wrong conduct or behavior of a person.

There are basically two theories about virtues.

Aristotle propounds this “Traditional Theory”, He defines virtues as the habits acquired by an individual which makes him to get involved in rational activities in an effective manner. As per his theory, the most important virtue is the wisdom or good judgement. Because, without good judgement we cannot perform the rational activities successfully.

Truthfulness lies between the skill in avoiding offences and confidentiality (excess) and hiding information without frankness (deficiency).

Courage is the middle characteristic between bold (the act without any due consideration of risk – excess) and lack of courage (deficiency of self control). Generosity is virtue that lies between wastage of the resources (excess) and being a miser (deficiency).

Friendliness cannot be considered without slight anger in expressing one’s emotions in a dissatisfied way (excess) or bad tempered and unfriendliness (deficiency). Aristotle told that the above said excess and deficiency are the extremes of the Golden mean.

So, he said that courage is the boldness to face with danger and risk; truthfulness involves truth-telling, generosity is based on giving and friendliness governs personal relationships.

Moral virtues help a person to follow a variety of social goods within a community and also enables him to fulfill himself as a human being. They enable a person to reach happiness.

As per this theory, virtues are related to social practices which are aimed at integrating co-operative activities towards accomplishing public goods. These public goods are not related to external goods such as money and prestige.

He also argued that public goods can be achieved only by internal practices based on internal activities of an individual towards achieving moral professionalism.

He also defines professionalism as the services related to achieving the public good, in addition to the practices of advanced theoretical and practical knowledge about moral ideals. 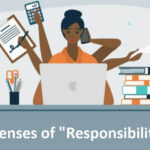