The interactions between the user and the transport layer entity are represented by using the classical DATA.req, DATA.ind primitives

This is illustrated in the figure below. 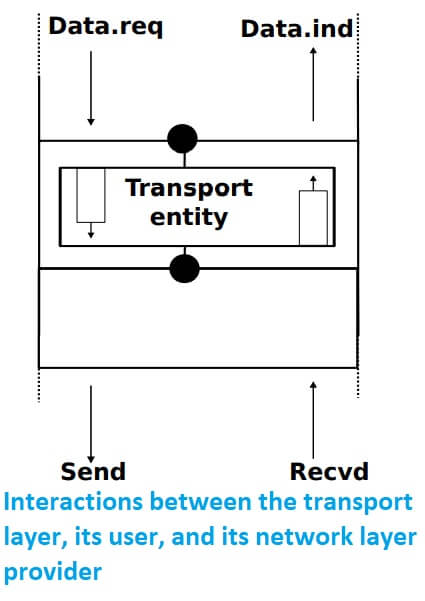 When running on top of a perfect connectionless network service, a transport level entity can simply issue a send(SDU) upon arrival of a DATA.req(SDU). Similarly, the receiver issues a DATA.ind(SDU) upon receipt of a recvd(SDU). Such a simple protocol is sufficient when a single SDU is sent.

Unfortunately, this is not always sufficient to ensure a reliable delivery of the SDUs. Consider the case where a client sends tens of SDUs to a server. If the server is faster that the client, it will be able to receive and process all the segments sent by the client and deliver their content to its user.

However, if the server is slower than the client, problems may arise. The transport layer entity contains buffers to store SDUs that have been received as a Data.request from the application but have not yet been sent via the network service. 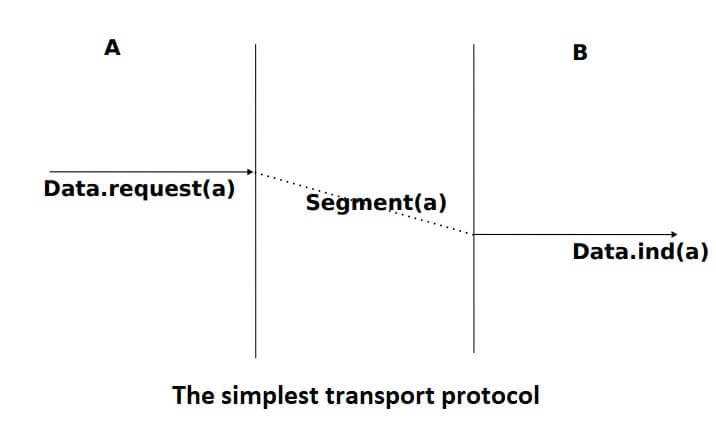 These two types of segments can be distinguished using a segment composed of two parts : 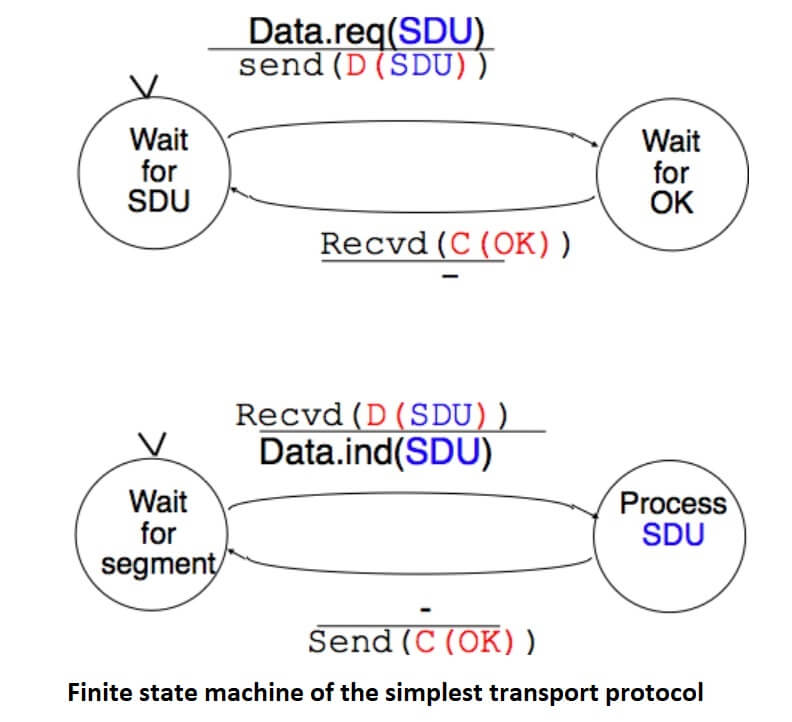 The above FSM shows that the sender has to wait for an acknowledgement from the receiver before being able to transmit the next SDU. The figure below illustrates the exchange of a few segments between two hosts. 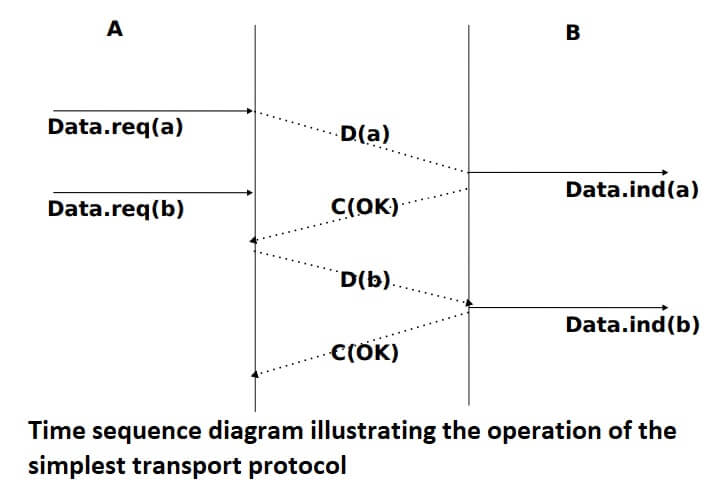 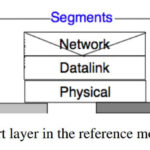 The Transport Layer in the Reference Model 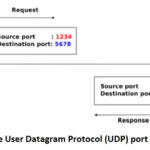