RTD elements are normally constructed of platinum, copper, nickel or nickel- iron alloys. These metals are best suited for RTD applications because of their linear resistance temp characteristics as shown in Figure, their high coefficient of resistance, and their ability to withstand repeated temp cycles. The linear relationship of resistance-temp is given by the equation:

RTD elements are usually long, spring-like wires surrounded by an insulator and enclosed in a sheath of metal for protection. Figure shows the internal construction of an RTD. In the figure platinum is used as RTD element that is surrounded by a porcelain insulator. The insulator prevents a short circuit between the wire and the metal sheath.

Inconel, a nickel-iron-chromium alloy, is normally used in manufacturing the RTD sheath because of its inherent corrosion resistance. When placed in a liquid or gas medium, the Inconel sheath quickly reaches the temperature of the medium. The change in temp will cause the platinum wire to heat or cool, resulting in a proportional change in resistance. This change in resistance is then measured by a precision resistance measuring device that is calibrated to give the proper temperature reading. This device is normally a bridge circuit. 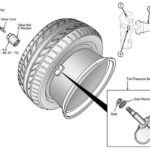 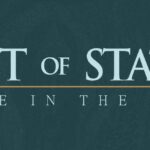