In a large IP network such as the global Internet, routers need to exchange routing information. The Internet is an interconnection of networks, often called domains, that are under different responsibilities. As of this writing, the Internet is composed on more than 30,000 different domains and this number is still growing.

A domain can be a small enterprise that manages a few routers in a single building, a larger enterprise with a hundred routers at multiple locations, or a large Internet Service Provider managing thousands of routers. Two classes of routing protocols are used to allow these domains to efficiently exchange routing information. 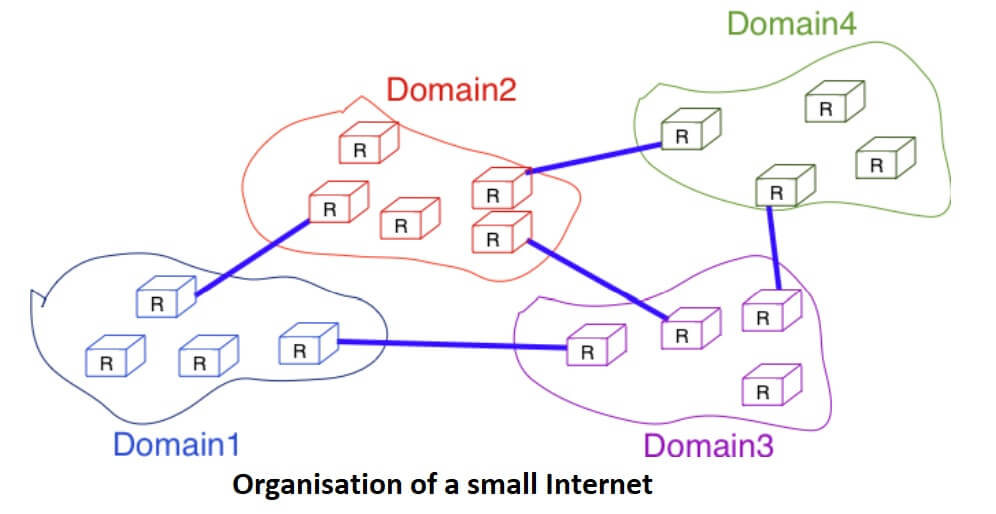 These intradomain routing protocols usually have two objectives. First, they distribute routing information that corresponds to the shortest path between two routers in the domain. Second, they should allow the routers to quickly recover from link and router failures.

A very important difference between intradomain and interdomain routing are the routing policies that are used by each domain. Inside a single domain, all routers are considered equal, and when several routes are available to reach a given destination prefix, the best route is selected based on technical criteria such as the route with the shortest delay, the route with the minimum number of hops or the route with the highest bandwidth.

When we consider the interconnection of domains that are managed by different organisations, this is no longer true. Each domain implements its own routing policy.

A routing policy is composed of three elements : an import filter that specifies which routes can be accepted by a domain, an export filter that specifies which routes can be advertised by a domain and a ranking algorithm that selects the best route when a domain knows several routes towards the same destination prefix. As we will see later, another important difference is that the objective of the interdomain routing protocol is to find the cheapest route towards each destination. There is only one interdomain routing protocol : BGP. 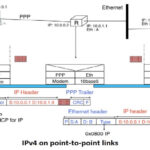 Interactions Between IPv4 and the Datalink Layer
ALOHA in Computer Network – theteche.com