The secondary standard of Emf is the unsaturated Weston cell.

In addition, a ‘sputum’ or retaining member (porous plugs in this case) is used over each electrode to hold the material in place and hence these cells are considered portable. Atter being moved from one place to another, the cell should be allowed a few days to settle so that the results obtained from measurements Involving cells are accurate. 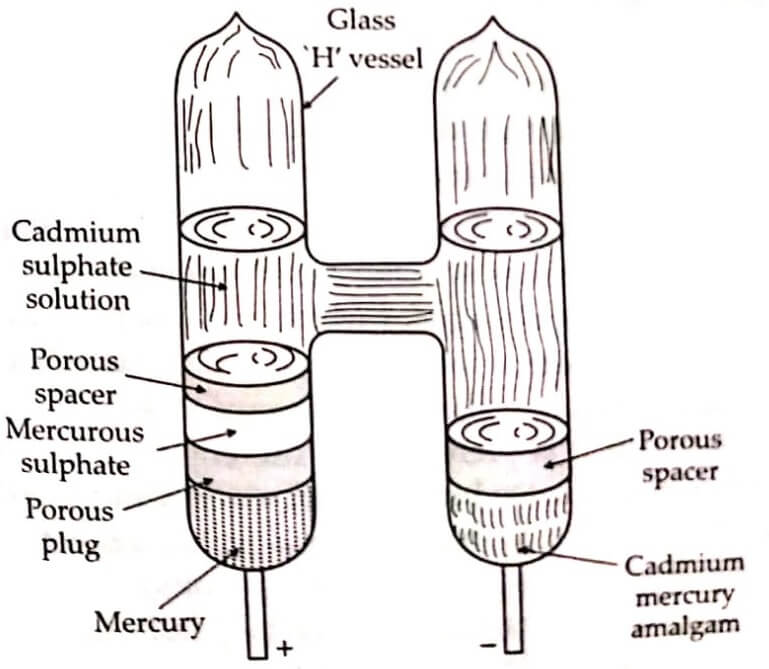 The cells are enclosed in bakelite case which is lined with 1.5 mm thick copper to help keep all parts of the cell at a uniform temperature.

Many characteristics of unsaturated cell are different from those of a saturated cell. Not all unsaturated cells have the same emf. In fact the emf saturated cells differ from one to another. The emf of new unsaturated cells lies between 1.0180 to 1.0194 volt. Therefore each cell must be calibrated against the primary standard in order to know its exact emf. The temperature at which this emf is measured should also be specified.

The unsaturated cell becomes less stable with age ; yet it is remarkably good. The decrease in emf is about 30 to 50μV per year. It is recommended that the cells be checked by returning them to a standardizing laboratory once a year for certification.

An unsaturated cell has a shorter life than a saturated type, yet experience has shown that some cells last even 20 years. In addition to age, the life of a cell depends on the kind of treatment the cell has received.

The temperature co-efficient of the unsaturated cell is less than of a saturated cell. It is -10 μV/°C. It has an accuracy of 0.005%. Thus it can be used for most purposes without temperature correction, if the temperature of use does not differ by a few degrees from the calibration temperature. This cell, also has a positive temperature effect at one electrode and negative at the other. Therefore it is important to keep all parts of the cell at the same temperature.

Besides the precautions given for saturated cells, unsaturated cells should not be operated at temperatures below 4°C and above 40°C. Experiments made with cells beyond these limits show that the extreme upper limit of reliability occurs at 50°C. Below 4°C the emf drops rapidly and eventually the electrolyte freezes. Above 40°C the cell materials start to melt and voltage drops sharply around 55°C.

It has been mentioned earlier that unsaturated cells lose emf, at an average rate of 30-50μV per year at normal temperature of use and storage. At higher temperature the decrease is much more rapid and is about 240μV per year at 60°C.

It is recommended that the normal operating temperature be 25°C for precision work. The cells should be mounted so that they are not exposed to extremes of temperature, to drafts, steam pipes, resistors carrying current and to light. 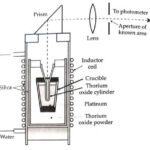 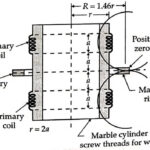