Sensors transducers are devices which produce proportional output signal (mechanical, electrical magnetic, ctc.) when exposed to a physical phenomenon (pressure, temperature, displacement, force, etc.). Many devices require sensors for accurate measurement of pressure, position, speed, acceleration or volume. Transducers are devices which converts an input of one form of energy into an output of another form of energy. The term transducer is often used synonymously with sensors. However, ideally. the word ‘transducer’ is used for the sensing element itself whereas the term ‘sensor’ is used for the sensing element plus any associated signal conditioning circuitry. Typically, a transducer may include a diaphragm which moves or vibrates in response to some form of energy, such as sound.

Some common examples of transducers with diaphragms are microphones, loudspeakers, thermometers, position and pressure sensors. Sensors are transducers when they sense one form of energy input and output in a different form of energy.

For example, a thermocouple responds to a temperature change (thermal energy) and outputs a proportional change in electromotive force (electrical energy). Therefore, thermocouple can be called a sensor and or transducer.

Illustrates a sensor with sensing process in terms of energy conversion. The form of the output signal will often be a voltage analogous to the input signal, though sometimes it may be a wave form whose frequency is proportional to the input or a pulse train containing the information in some other form.

Classification of Sensors and Transducers

Sensors are generally classified into two types based on its power requirement: passive and active. In active sensors, the power required to produce the output is provided by the sensed physical phenomenon itself (Examples: thermocouples, photovoltaic cells, piezoelectric transducers, thermometer etc.) whereas the passive sensors require external power source (Examples: resistance thermometers, potentiometric devices, differential transformers, strain gage etc.). The active sensors are also called as self-generating transducers. Passive sensors work based on one of the following principles: resistance, inductance and capacitance.

Sensors can also be classified as analog or digital based on the type of output signal. Analog sensors produce continuous signals that are proportional to the sensed parameter. These sensors generally require analog-to-digital conversion before sending output signal to the digital controller (Examples: potentiometers, LVDTs (linear variable differential transformers), load cells, and thermistors, bourdon tube pressure sensor, spring type force sensors, bellows pressure gauge etc.). Digital sensors on the other hand produce digital outputs that can be directly interfaced with the digital controller (Examples: incremental encoder, photovoltaic cells, piezoelectric transducers, phototransistors, photodiodes etc.). Often, the digital outputs are produced by adding an analog-to-digital converter to the sensing unit. If many sensors are required, it is more economical to choose simple analog sensors and interface them to the digital controller equipped with a multichannel analog-todigital converter. 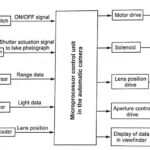 Microprocessor Based Controllers in Mechatronics 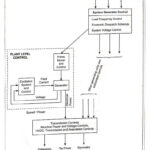