HR managers in every society are influenced by three repositories of ethical values-religion, culture and law. These repositories contain unique systems of values that exert varying degrees of control over managers. A common thread idea of reciprocity or mutual help runs through all the value systems. This idea reflects the central purpose of all ethics-which is to bind the vast majority of individuals in the society into a cooperative whole. Ethical values constitute a mechanism that controls behavior in HR situations and in other walks of life. Ethics driven restraints are more effective than restrictive controls such as police, law suits or economic incentives. Ethical values channelize the individual energies into pursuits that are benign to others and beneficial to the society.

It is a code of conduct that is supposed to align behaviors within an organization and the social framework. But the question that remains is, where and when did business ethics come into being?

It is for this reason we do not have uniform or completely similar standards across the globe. These three factors exert influences to varying degrees on humans which ultimately get reflected in the ethics of the organization. For example, ethics followed by Infosys are different than those followed by Reliance Industries or by Tata group for that matter. Again ethical procedures vary across geographic boundaries.

It is one of the oldest foundations of ethical standards. Religion wields varying influences across various sects of people. It is believed that ethics is a manifestation of the divine and so it draws a line between the good and the bad in the society. Depending upon the degree of religious influence we have different sects of people; we have sects, those who are referred to as orthodox or fundamentalists and those who are called as moderates. Needless to mention, religion exerts itself to a greater degree among the orthodox and to lesser extent in case of moderates. Fundamentally however all the religions such as Hinduism, Buddhism, Christianity, Islam, Judaism and Confucianism, operate on the principle of reciprocity towards ones fellow beings.

Culture is a pattern of behaviors and values that are transferred from one generation to another, those that are considered as ideal or within the acceptable limits. No wonder therefore that it is the culture that predominantly determines what is wrong and what is right. It is the culture that defines certain behavior as acceptable and others as unacceptable. Culture determines what is ethical and what is not. Cultural norms play important role in determining values because individuals anchor their conduct in the culture of the group in which they belong.

Human civilization in fact has passed through various cultures, wherein the moral code was redrafted depending upon the epoch that was. What was immoral or unacceptable in certain culture became acceptable later on and vice versa.

During the early years of human development where ones who were the strongest were the ones who survived! Violence, hostility and ferocity were thus the acceptable. Approximately 10,000 year ago when human civilization entered the settlement phase, hard work, patience and peace were seen as virtues and the earlier ones were considered otherwise. These values are still pt in practice by the managers of today!

Still further, when human civilization witnessed the industrial revolution, the ethics of agrarian economy was replaced by the law pertaining to technology, property rights etc. Ever since a tussle has ensued between the values of the agrarian and the industrial economy!

Laws are procedures and code of conduct that are laid down by the legal system of the state. They are meant to guide human behavior within the social fabric. The major problem with the law is that all the ethical expectations cannot be covered by the law and specially with ever changing outer environment the law keeps on changing but often fails to keep pace. In business, complying with the rule of law is taken as ethical behavior, but organizations often break laws by evading taxes, compromising on quality, service norms etc. 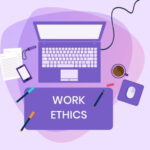 How to Manage Ethics at Workplace 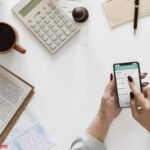