People in organizations are always judging each other. Managers must appraise their employees performances. We evaluate how much effort our co-workers are putting into their jobs. When a new person joins a work team, he or she is immediately “sized up” by the other team members. In many cases, these judgments have important consequences for the organization.

A major input determining who is hired and who is rejected in any organization is the employment interview. Its fair to say that few people are hired without an interview. But the evidence indicates that interviews make perceptual judgements that are often inaccurate. In addition, agreement among interviewers is often poor, that is, different interviewers see different things in the same candidate and thus arrive at different conclusions about the applicant.

Interviewers generally draw early impressions that become very quickly entrenched. If negative information is exposed early in the interview, it tends to be more heavily weighted than if that same information comes out later. Studies indicate that most interviewers decisions change very little after the first four or five minutes of the interview. As a result, information elicited later and a “good applicant” is probably characterized more by the absence of unfavourable characteristics.

Importantly, who you think is a good candidate and who I think is one may differ markedly. Because interviews usually have little consistent structure and interviewers vary in terms of what they are looking for in a candidate, judgements of the same candidate can vary widely. If the employment interview is an important input into the hiring decision and it usually is, you should recognize that perceptual factors influence who is hired and eventually the quality of an organization’s labor force.

There is an impressive amount of evidence that demonstrates that people will attempt to validate their perceptions of reality even when those perception are faulty. This characteristic is particularly relevant when we consider performance expectation on the job.

The terms Self Perception fulfilling Prophesy, Pygmalion effect, have evolved to characterize the fact that, the peoples expectations determines their behaviour. If a manager expects big things from this people, they are not likely to let him down. Similarly, if a manager expects people to perform they will tend to behave so as to meet those low expectation. The result then is that, the expectation becomes reality

An individual’s future in an organization is usually not dependent on performance alone. In many organizations the level of an employee’s effort is given high importance.

An assessment of an individual’s effort is a subjective judgment susceptible to perceptual distortions and bias. If it is true, as some claim, that “more workers are fired for poor attitudes and lack of discipline than for lack of ability”, then appraisal of an employee’s effort may be a primary influence on his or her future in the organization.

Another important judgment that managers make about employees is whether or not they are loyal to the organization. Despite the general decline in employee loyalty, few organizations appreciate it when employees, especially those in the managerial ranks, openly disparage the firm. Furthermore, in some organizations, if the word gets around that an employee is looking at other employment opportunities outside the firm, that employee may be labeled as disloyal and so may be cut off from all future advancement opportunities.

The issue is not whether organizations are right in demanding loyalty. The issue is that many do and that assessment of an employee’s loyalty or commitment is highly judgmental. What is perceived as loyalty by one decision maker may be seen as excessive conformity by another. An employee who questions a top management decision may be seen as disloyal by some, yet caring and concerned by others. Individuals who report unethical practices by their employer to outsiders typically act out of loyalty to their organization are perceived by management as troublemakers. 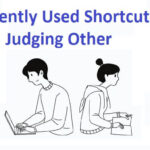 Frequently Used Shortcuts in Judging Other 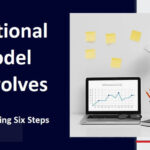