The spread spectrum modulation can be defined in two parts as follows.

These applications are discussed in detail at the end of this chapter.

Spread spectrum modulation techniques are classified depending upon their operating concept. The spread spectrum systems may be averaging type or avoidance type.

Averaging systems : In this systems the interference is reduced by averaging it over the long period.

They are classified as follows

Fig shows the model of spread spectrum digital communication system. The binary information sequence is input to the channel encoder on transmitter side. The channel encoder encodes this input sequence according to some error control coding technique. The coded sequence is then given to the modulator. The modulator gets pseudo-random or Pseudo-Noise (PN) sequence from the pseudo-random pattern generator. This pseudo-noise sequence spreads the signals randomly over the wide frequency band.

The signal at the output of modulator is the SS modulated signal. This signal is then transmitted over some channel. At the receiver the demodulator gets coded signal back from the SS signal. For this purpose the demodulator requires the same pseudo-noise sequence which was used at the transmitting end. Hence the pseudo-random pattern generators at the transmitter and receiver side operate in synchronization with each other. The channel decoder at the receiver then gets the binary information sequence back. 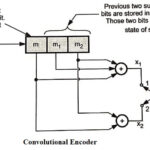 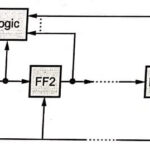