Primary standards : These standards are always fixed standards, single valued. The campbell type of primary standard is shown in fig. It consists of a single layer primary coil of bare copper wire wound under tension in grooves machined in a cylinder of marble. The primary coil is divided into two parts. The two parts are connected in series and are separated from each other by a distance equal to three times the axial length of each. 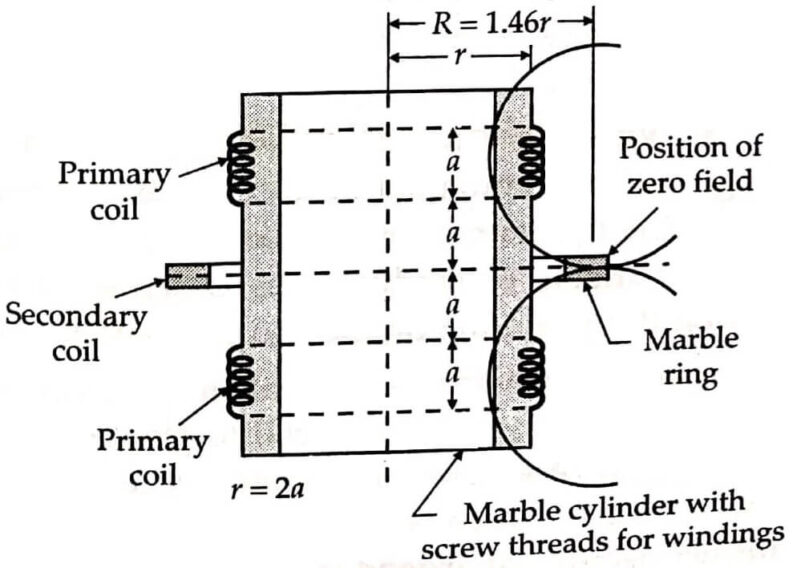 This arrangement is used in order that the secondary winding lies in a position of almost zero field. Thus the value of flux linked by secondary winding does not depend upon determination of its diameter to a great accuracy. This is desirable as it is difficult to assess the effective diameter of secondary winding because it has many layers.

It is essential to use a multilayer secondary winding in place of a single layer winding in order to have a reasonably high value of inductance.

Secondary standards and working-standards : These standards may be fixed or variable. The requirements of secondary standards are that their inductance should not vary with time and temperature and should be independent of supply frequency. Their dimensions need not be very accurately determined.

Fixed secondary standards usually consist of two coils wound on a marble or hard paraffined wood former. The coils are separated by a flange. The wire is of stranded copper in order to reduce the effect of eddy currents in conductors. After winding, the coils and former are immersed in hot paraffin wax.

Variable standards are frequently used in laboratories and are known as ‘Inductometers’. They consist of two sets of coils, one fixed and other movable so that the mutual inductance could be varied. 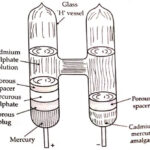