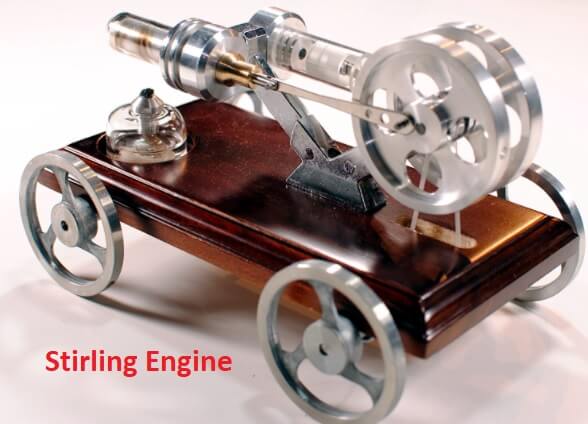 They can run directly on any available heat source, not just one produced by combustion, so they can run on heat from solar, geothermal, biological, nuclear sources or waste heat from industrial processes.

A continuous combustion process can be used to supply heat, so most types of emissions can be reduced.

Most types of Stirling engines have the bearing and seals on the cool side of the engine, and they require less lubricant and last longer than other reciprocating engine types.

The engine mechanisms are in some ways simpler than other reciprocating engine types. No valves are needed, and the burner system can be relatively simple.

A Stirling engine uses a single-phase working fluid which maintains an internal pressure close to the design pressure, and thus for a properly designed system the risk of explosion is low. In comparison, a steam engine uses a two phase gas/liquid working fluid, so a faulty relief valve can cause an explosion.

In some cases, low operating pressure allows the use of lightweight cylinders.

They can be built to run quietly and without an air supply, for air-independent propulsion use in submarines.

They start easily (albeit slowly, after warm-up) and run more efficiently in cold weather, in contrast to the internal combustion which starts quickly in warm weather, but not in cold weather.

A Stirling engine used for pumping water can be configured so that the water cools the compression space. This is most
effective when pumping cold water.

They are extremely flexible. They can be used as CHP (combined heat and power) in the winter and as coolers in summers.

Stirling engine designs require heat exchangers for heat input and for heat output, and these must contain the pressure of the working fluid, where the pressure is proportional to the engine power output.

Dissipation of waste heat is especially complicated because the coolant temperature is kept as low as possible to maximize thermal efficiency.

Stirling engines, especially those that run on small temperature differentials, are quite large for the amount of power that they produce.

A Stirling engine cannot start instantly; it literally needs to “warm up”.

Power output of a Stirling tends to be constant and to adjust it can sometimes require careful design and additional
mechanisms.

Power plants on the electric grid use fuel to produce electricity, however there are large quantities of waste-heat produced which often go unused. In other situations, high grade fuel is burned at high-temperature for a low-temperature application. 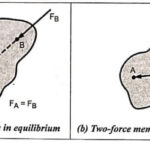 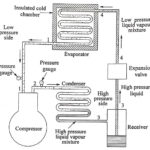