There are certain factors, which are very useful to developing confidence.

Emphasize Strengths : For every attempt, credit must be given without emphasizing the end results. One should appreciate and applaud for the efforts taken and not emphasizing on the result of the end products or projects.

Taking Risks : It is better to enter onto new experiences as opportunities given to learn and better rather than occasions to win or lose. This will open the new possibilities to increase “sense of self acceptance“.

Self Talk : It is better to use self-talk, taking it as an opportunity to counter harmful assumptions. For e.g., when any one wants to achieve the expected perfections, it is better to remind himself that he cannot do everything perfectly well and it is only an attempt in trying to do the things and so in trying to do them well. This trial allows one to accept himself while still striving for improvement.

Self Evaluation : For developing confidence one should evaluate himself independently. This makes oneself to focus introvertly on how he feels about his own stronger “sense of self” and will thus prevent him from giving away his personal power to others.

Spirituality refers to the way of living, which emphasizes a constant awareness of the spiritual dimension of nature. Spirituality is actually a sense of meaning and purpose, a “sense of self“. This way of living also practices like meditation and bonding rituals, which support identity and relationship. Spirituality may also include certain beliefs in supernatural powers as referred to in religions. It is important to understand the meaning of religion and spirituality and their difference.

Spirituality carries the connotations of the believer’s faith, which is more personal, less dogmatic. Moreover it is open to new ideas and myriad influences.

But in work place spirituality is not the same as religion. Religion is something, which we can select as a choice, or in other words, we can change religions later or in future. By so, we can even be non-religious.

In many respects religion has very little to do with spirituality; but it has everything to do with the attainment of secular power and wealth. Religion invariably presents an over simplistic and narrow view related and is intolerant of contrary views.

Spirituality on the other hand is normally a fair personal experience associated with an individual’s specific quest to search for their essence. Spirituality actually comes into play when we decide to do what we feel is right.

Spirituality has to do as we feel about our work and whether it is just a job or merely a calling. Therefore, spirituality in the work place is a feeling at home and similar to the works that we have to do as a daily job with a greater level of comfort. Spirituality is something that we carry within us or sense for self-respect. 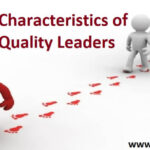 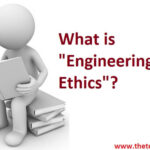 What is “Engineering Ethics”? – theteche.com