The identification of the causal role of tobacco smoking in a variety of diseases is a prime success of the new, post-Second World War epidemiology The historical sketch (see ‘The new epidemiology’) contains an outline that should be fleshed out using material from the quoted sources. The focus can be on the controversy concerning the etiological role of tobacco smoking, in particular in lung cancer, and on the emergence, under the stimulus of the controversy, of methodologies for data analysis and of criteria for inferring causation in epidemiology.

These aspects are covered in Smoking and Health: Report of the Advisory Committee to the Surgeon General of the Public Health Service (US Department of Health, Education, and Welfare 1964), especially in chapters 8 and 9, as well as in some of the publications cited in that report and which were written by eminent critics of the smoking causal hypothesis, such as R. A. Fisher, a founder of modern statistical methodology, and J.Berkson, a leading medical statistician.

The direct link between epidemiology and prevention is commonly stated as
one of the merits of the epidemiological approach: once causation is established, as it was in the early sixties between tobacco smoking and various pathological conditions, preventive actions can be implemented even without knowledge of the biological mechanisms leading to the condition.

This logical sequence often breaks in practice, as the transition from sufficient knowledge for action to actual action is strongly influenced by a number of social, economic, cultural, and psychological factors.

First, simply comparing in time the local or national tobacco-smoking patterns and trends with the available established knowledge on health effects and with legislative and health promoting actions is instructive. Second, as documented and discussed by Proctor (1999), the crucial role of factors other than sound science and epidemiology is highlighted by the case of Nazi Germany, where vigorous anti-smoking campaigns were conducted, inspired by strong ideological reasons.

This prompted researchers to rush in and attack the tobacco health relationship from this new angle, while at the same time tobacco producers embarked on a major campaign denying that there were any material health effect from ETS. This campaign was often fought using organized and unscrupulous means, as documented by Ong and Glantz (2000).

This example offers a lesson on how powerful and well-structured economic interests can lead to the misinterpretation of scientific evidence to the point of active disinformation, and on how inherently liable to distortion by extra scientific forces may be the judgement of experts who think of themselves as independent (Maggi 2000).An additional perverse effect of this polluted climate of debate is that legitimate and illegitimate scientific doubts may become hardly distinguishable. 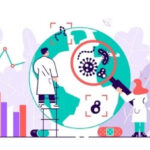 Introduction to the History of Epidemiology 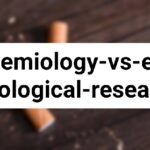