Communicating the Standards Set for an Employee: Once the standards for performance are set it should be communicated to the concerned employee, about what it expected from them in terms of performance. It should not be part of the employees’ job to estimate what they are expected do. Communication is said to be two ways street, mere passing of information to subordinate does not mean that the work is done. Communication only takes place when the information given has taken place and has been received and understood by subordinate. . If necessary, the standards may be tailored or revised in the light of feedback obtained from the employees.

Measuring of the Actual Performances: It is one of the most crucial steps of performance appraisal process. It is very important to know as how the performance will be measured and what should be measured, thus four important sources frequently used by managers are personal observation, statistical reports, oral reports, and written reports. However, combination of all these resources gives more reliable information. What we measure is probably more critical to the evaluation process than how we measure. The selection of the incorrect criteria can result in serious consequences. What we measure gives an idea about what people in an organization will attempt to achieve. The criteria which are considered must represent performance as stated in the first two steps of the appraisal process.

Discussion with the Concerned Employee: In this step performance of the employee is communicated and discussed. It gives an idea to the employee regarding their strengths and weaknesses. The impact of this discussion may be positive or negative. The impression that subordinates receive from their assessment has a very strong impact on their self esteem and, is very important, for their future performances.

Initiate Corrective Action: Corrective action can be of two types; one is instant and deals primarily with symptoms. The other is basic and deals with the causes. Instant corrective action is often described as “putting out fires”, where as basic corrective action gets to the source from where deviation has taken place and seeks to adjust the differences permanently. Instant action corrects something right at a particular point and gets things back on track. Basic action asks how and why performance deviated. In some instances, managers may feel that they do not have the time to take basic corrective action and thus may go for “perpetually put out fires. 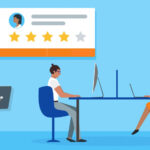 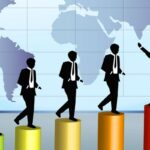