Many point-to-point datalink layers have been developed, starting in the 1960s. In this section, we focus on the protocol that are often used to transport IP packets between hosts or routers that are directly connected by a point-to-point link.

This link can be a dedicated physical cable, a leased line through the telephone network or a dial-up connection with modems on the two communicating hosts.

SLIP was mainly used over links offering bandwidth of often less than 20 Kbps. On such a low bandwidth link, sending 20 bytes of IP header followed by 20 bytes of TCP header for each TCP segment takes a lot of time. This initiated the development of a family of compression techniques to efficiently compress the TCP/IP headers.

The first header compression technique proposed was designed to exploit the redundancy between several consecutive segments that belong to the same TCP connection. In all these segments, the IP addresses and port numbers are always the same.

Furthermore, fields such as the sequence and acknowledgement numbers do not change in a random way. Defined simple techniques to reduce the redundancy found in successive segments. The development of header compression techniques continued and there are still improvements being developed.

While SLIP was implemented and used in some environments, it had several limitations discussed. The Point-to-Point Protocol (PPP) was designed shortly after and is specified. PPP aims to support IP and other network layer protocols over various types of serial lines. PPP is in fact a family of three protocols that are used together :

The PPP framing was inspired by the datalink layer protocols standardised by ITU-T and ISO. A typical PPP frame is composed of the fields shown in the figure below. A PPP frame starts with a one byte flag containing 01111110.

PPP can use bit stuffing or character stuffing depending on the environment where the protocol is used. The address and control fields are present for backward compatibility reasons. The 16 bit Protocol field contains the identifier of the network layer protocol that is carried in the PPP frame. 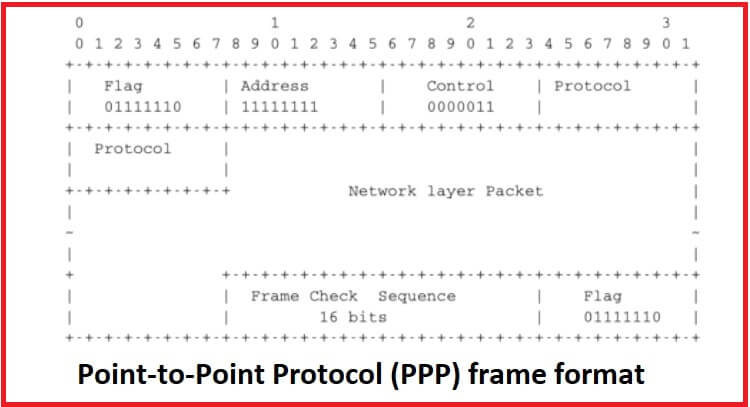 PPP played a key role in allowing Internet Service Providers to provide dial-up access over modems in the late 1990s and early 2000s. ISPs operated modem banks connected to the telephone network. For these ISPs, a key issue was to authenticate each user connected through the telephone network. This authentication was performed by using the Extensible Authentication Protocol (EAP) defined.

EAP is a simple, but extensible protocol that was initially used by access routers to authenticate the users connected through dialup lines. Several authentication methods, starting from the simple username/password pairs to more complex schemes have been defined and implemented.

When ISPs started to upgrade their physical infrastructure to provide Internet access over Asymmetric Digital Subscriber Lines (ADSL), they tried to reuse their existing authentication (and billing) systems.

To meet these requirements, the IETF developed specifications to allow PPP frames to be transported over other networks than the point-to-point links for which PPP was designed. Nowadays, most ADSL deployments use PPP over either ATM or Ethernet. 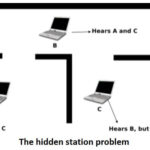