C++ is derived from the C language. Strictly speaking, it is a superset of C: Almost every correct statement in C is also a correct statement in C++, although the reverse is not true. The most important elements added to C to create C++ concern classes, objects, and object oriented programming. (C++ was originally called “C with classes.”) However, C++ has many other new features as well, including an improved approach to input/output (I/O) and a new way to write comments. Figure shows the relationship of C and C++.

In fact, the practical differences between C and C++ are larger than you might think. Although you can write a program in C++ that looks like a program in C, hardly anyone does. C++ programmers not only make use of the new features of C++, they also emphasize the traditional C features in different proportions than do C programmers.

If you already know C, you will have a head start in learning C++ (although you may also have some bad habits to unlearn), but much of the material will be new.

Our goal is to help you begin writing OOP programs as soon as possible. However, as we noted, much of C++ is inherited from C, so while the overall structure of a C++ program may be OOP, down in the trenches you need to know some old-fashioned procedural fundamentals. before therefore deal with the “traditional” aspects of C++, many of which are also found in C. You will learn about variables and I/O, about control structures such as loops and decisions, and about functions themselves. You will also learn about structures, since the same syntax that’s used for structures is used for classes.

The specific discussion of OOP starts in before post, “Objects and Classes.” From then on the examples will be object oriented.

The UML is a graphical “language” for modeling computer programs. “Modeling” means to create a simplified representation of something, as a blueprint models a house. The UML provides a way to visualize the higher level organization of programs without getting mired down in the details of actual code.

The UML began as three separate modeling languages, one created by Grady Booch at Rational Software, one by James Rumbaugh at General Electric, and one by Ivar Jacobson at Ericson. Eventually Rumbaugh and Jacobson joined Booch at Rational, where they became known as the three amigos. During the late 1990s they unified (hence the name) their modeling languages into the Unified Modeling Language. The result was adopted by the Object Management Group (OMG), a consortium of companies devoted to industry standards.

Why do we need the UML? One reason is that in a large computer program it’s often hard to understand, simply by looking at the code, how the parts of the program relate to each other. As we’ve seen, object oriented programming is a vast improvement over procedural programs. Nevertheless, figuring out what a program is supposed to do requires, at best, considerable study of the program listings.

The trouble with code is that it’s very detailed. It would be nice if there were a way to see a bigger picture, one that depicts the major parts of the program and how they work together. The UML answers this need.

The UML plays many roles besides helping us to understand how a program works. As we’ll see in next post, it can help in the initial design of a program. In fact, the UML is useful throughout all phases of software development, from initial specification to documentation, testing, and maintenance.

OOP is a way of organizing programs. The emphasis is on the way programs are designed, not on coding details. In particular, OOP programs are organized around objects, which contain both data and functions that act on that data. A class is a template for a number of objects.

Inheritance allows a class to be derived from an existing class without modifying it. The derived class has all the data and functions of the parent class, but adds new ones of its own. Inheritance makes possible reusability, or using a class over and over in different programs. C++ is a superset of C. It adds to the C language the capability to implement OOP. It also adds a variety of other features. In addition, the emphasis is changed in C++ so that some features common to C, although still available in C++, are seldom used, while others are used far more frequently. The result is a surprisingly different language.

The Unified Modeling Language (UML) is a standardized way to visualize a program’s structure and operation using diagrams.

The general concepts discussed in this chapter will become more concrete as you learn more about the details of C++. You may want to refer back to this chapter as you progress further into this book. 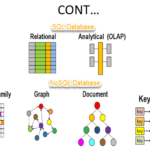 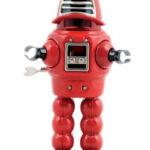