In contrast with OSI, the TCP/IP community did not spend a lot of effort defining a detailed reference model; in fact, the goals of the Internet architecture were only documented after TCP/IP reference model had been deployed. which defines the requirements for Internet hosts, mentions four different layers. Starting from the top, these are :

Besides this difference in the lower layers, the TCP/IP reference model is very close to the five layers that we use throughout this document.

The Session layer – The Session layer contains the protocols and mechanisms that are necessary to organize and to synchronize the dialogue and to manage the data exchange of presentation layer entities.

While one of the main functions of the transport layer is to cope with the unreliability of the network layer, the session’s layer objective is to hide the possible failures of transport-level connections to the upper layer higher.

For this, the Session Layer provides services that allow to establish a session-connection, to support orderly data exchange (including mechanisms that allow to recover from the abrupt release of an underlying transport connection), and to release the connection in an orderly manner.

The Presentation layer was designed to cope with the different ways of representing information on computers. There are many differences in the way computer store information. Some computers store integers as 32 bits field, others use 64 bits field and the same problem arises with floating point number.

Note : Where are the missing layers in TCP/IP reference model ?

Most Internet applications started as prototypes that evolved and were later standardised. Many of these applications assumed that they would be used to exchange information written in American English and for which the 7 bits US-ASCII character code was sufficient.

This was the case for email, but as we’ll see in the next chapter, email was able to evolve to support different character encodings.

Some applications considered the different data representations explicitly. For example, ftp contained mechanisms to convert a file from one format to another and the HTML language was defined to represent web pages.

On the other hand, many ISO specifications were developed by committees composed of people who did not all participate in actual implementations. ISO spent a lot of effort analysing the requirements and defining a solution that meets all of these requirements.

Unfortunately, some of the specifications were so complex that it was difficult to implement them completely and the standardisation bodies defined recommended profiles that contained the implemented sets of options… 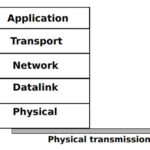 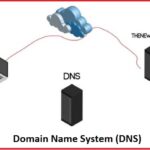