Virtue Ethics which is based on behavior of moral excellence and criminal and immoral practices.

Utilitarianism which implies that do most good for the general people.

Duty Ethics – Actions or duties should be done to respect other people.

Right Ethics which deals with the human rights.

Utilitarianism says that we ought to produce the good things for the general or more people being given equal opportunity to everyone. This theory has been divided into two phases.

Act-Utilitarianism says that we have to focus only on individual actions and not on general rules. An act can be said as right only when it produces the most good for most of the people involved in that specific situation.

In other words, we have to use the everyday maxims such as keeping promises, not to deceive others and not to give and get bribe, as the rule of thumb in summarizing the actions which maximize utility.

The benefit of right action is maximizing goodness. According to the researchers in this subject, happiness is the only intrinsic good and all other good things are only instrumental goods as they are the means for happiness.

In this example, in short, pleasures derived through intellectual inquiry, creativity, appreciation of beauty, friendship are better than the bodily pleasures such as desired from eating, etc.

Higher pleasures have been found on the basis of a test which is conducted to find which pleasure is preferable to another on the basis of majority of the people. But modern Utilitarians may reject the above views.

Brandt, a modern ethicist says that Utilitarianism is based only on the moral rules not on individual actions. According to him, we always ought to act on some moral rules which were generally followed in producing the most good for the most people.

Individual actions can be said as right, only when they conform to moral rules. So, as per Brandt’s view, an individual has to keep promises and should avoid bribes, because these actions always produce the most overall good.

Brandt says that the rules are considered as per moral codes. A moral code is accepted, while adopted and followed, they would produce maximizing the public good. These moral codes may be society – wide standards or special codes for specific professions such as engineering, medicine etc.

Rule Utilitarianism gives more straight forward disapproval of participation in kick back schemes. In our example, the engineers of firm act on a rule such as “engage in secret payoffs when it is necessary for a profitable business.

But if this rule were generally followed, it would result in a breakdown of trust between business people and their client.

But in Rule-Utilitarianism, such things are said to be good because they satisfy rational desires which have been approved on the bases of psychology. 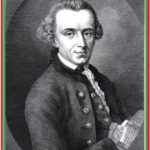