API, an abbreviation of application program interface, is a set of routines, protocols, and tools for building software applications. A good API makes it easier to develop a program by providing all the building blocks. A programmer then puts the blocks together.

Most operating environments, such as MS-Windows, provide an API so that programmers can write applications consistent with the operating environment. Although APIs are designed for programmers, they are ultimately good for users because they guarantee that all programs using a common API will have similar interfaces. This makes it easier for users to learn new programs.

An API can be created for applications, libraries, operating systems, etc, as a way to define their “vocabularies” and resources request conventions (functions calling conventions). It may include specifications for routines, data structures, object classes, and protocols used to communicate between the consumer program and the implementer program of the API

An API is an abstraction that describes an interface for the interaction with a set of functions used by components of a software system. The software providing the functions described by an API is said to be an implementation of the API.

An API can be

It is library named KERNEL32.DLL, which supports capabilities associated with OS such as

It is library named USER32.DLL, which allows managing the user interface such as Why is API Design Important?

APIs can be among a company’s greatest assets

Can also be among company’s greatest liabilities

Why is API Design Important to You?

Characteristics of a Good API 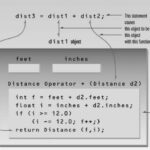 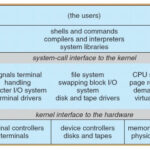