The Earth is unevenly heated by the sun, such that the poles receive less energy from the sun than the equator; wind power plant along with this, dry land heats up (and cools down) more quickly than the seas do. The differential heating drives a global atmospheric convection system reaching from the Earth’s surface to the stratosphere which acts as a virtual ceiling. Most of the energy stored in these wind movements can be found at high altitudes where continuous wind speeds of over 160 km/h (99 mph) occur. Eventually, the wind energy is converted through friction into diffuse heat throughout the Earth’s, surface and the atmosphere.

A largest wind power plant generator build in the past was 80 kW unit operated in France from 1958-60. The maximum power developed was 12 MW. The flexible 3 blades propeller was about 35M in diameter and produced the rated power in a 60 kM/hour wind with a rotation speed of 47 RPM. It is only in last 10-15 years that development work is going on in many institutions. In these areas there could be a possibility of using medium and large sized wind mills for generation of electricity. These low and seasonal winds imply a high cost of exploitation of wind energy. In our country high wind speeds are available in coastal area of Sourashtra, western Rajasthan and some parts of Central India.

The strength of wind power plant varies, and an average value for a given location does not alone indicate the amount of energy a wind turbine could produce there. To assess the frequency of wind speeds at a particular location, a probability distribution function is often fit to the observed data. Different locations will have different wind speed distributions.

Typical components of a wind turbine are gearbox, rotor shaft and brake assembly being lifted into position.

Wind turbines require locations with constantly high wind speeds. A yardstick frequently used to determine good locations is referred to as Wind Power Density (WPD.) It is a calculation relating to the effective force of the wind at a particular location, frequently expressed in terms of the elevation above ground level over a period of time. It takes into account wind velocity and mass. Color coded maps are prepared for a particular area described, for example, as “Mean Annual Power Density at 50 Meters.” The results of the above calculation are included in an index developed by the National Renewable Energy Lab and referred to as “NREL CLASS.” The larger the WPD calculation, the higher it is rated by class.

Clean – Aside from the manufacturing process, wind power emits absolutely no greenhouse gases.

Free – It is ok not in terms of money, but there are no fuel concerns. As long as the wind blows, electricity will be generated. There are no worries about sourcing fuel from elsewhere to make it work.

Place-ability – Due to their nature, wind turbines can be placed in a variety of rather inhospitable locations.

Decentralised – There isn’t one big power plant which generates a huge amount of electricity, but lots of smaller ones. This means there’s less chance of a large failure and it’s also less susceptible to some sort of interference. In fact, wind power is ideal for microgeneration.

Domestic – Wind power lends itself well to domestic applications, as wind turbines can be virtually any size. They can be fitted to rooftops (though these are less efficient) or smaller versions can be placed in back gardens.

Reliability – Wind power needs wind. There isn’t always wind available. The turbines need a minimum wind speed to get them spinning, and can only operate up to a maximum wind speed, after which they have to be locked.

Expense – Wind turbines are quite expensive, especially as you need So many to match the output of a regular power station.

National Security –  There was a recent discovery that wind power can even affect national security. It seems wind farms cause holes in RADAR coverage as the blades on the turbines confuse the system.

Wildlife – There have long been arguments that wind turbines affect migratory birds, but more recently it’s been discovered that they can make bats’ lungs explode!

Aesthetics – This one really is down to personal taste, but it should be included here because farms have often been banned for exactly this reason. 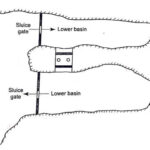 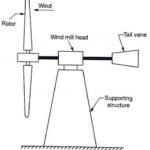