Blow moulds are relatively simple in design and construction when the predominant blow moulded products are bottle and container. The blow moulding process are made of aluminum or other lightweight metal. It can be either machined or cast. Requires a high degree of cooling throughout the mould. It requires several vents at parting line and sometimes within the cavity. 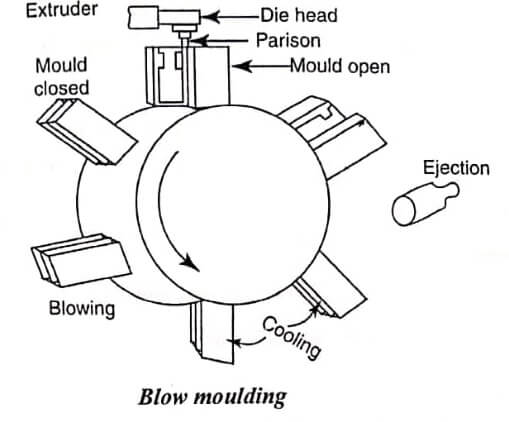 Blow moulds were relatively simple in design and construction. The predominant blow moulded products are thin walled plastic parts, such as bottles and containers. Blow moulding process is classified into three types.

The two valves of the mould move towards each other so that the mould closes over the tube. The bottom end of parison is sealed. The compressed air is used to blow the molten plastic into the mould and the tube gets pinched off and also welded at the bottom by the closing moulds.

The air pressure is about 0.7 to 10kg/cm². This air pressure will force the tube against the walls of the mould.

Finally, the component is cooled and the mould is opened to release the components. The blow moulding method ranges from simple manual operation to complicated automatic ones. 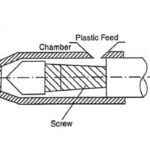